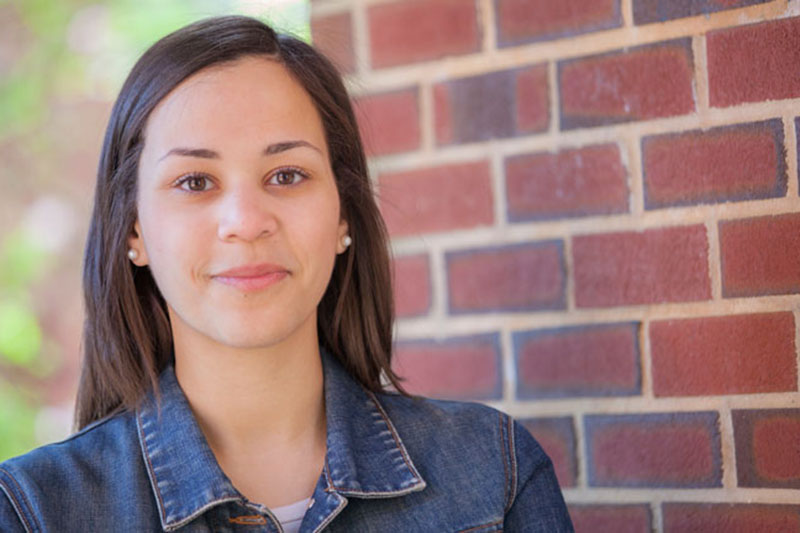 Experiential learning is a key component of a Meredith education, and in particular, internships. Most of our students complete at least one internship, many more than one … but FIVE?

It’s obvious that Yailyn Polanco,’14, was blessed with an abundance of energy because this double major not only completed five internships during her four years at Meredith, she also served as class president three of those years, and conducted an undergraduate research project at a Child Life program. (In her spare time she worked three jobs, ran cross country, and served as a camp counselor for Meredith’s Looking Toward College summer program.)

“I have always sought out lots of opportunities,” laughed Yailyn. “I like to be involved in many things.”

Although Yailyn’s life at Meredith has been full, it hasn’t lacked focus.

“When I came to Meredith, I knew I wanted to work with children”, said Yailyn.

Each of her five internships allowed her to try out a different take on what that might mean, from interning in a Title I classroom that serves children with developmental delays to working at Meredith’s on-campus, five-star child care center.

All of that experience has paid off: after, Yailyn attended Appalachian State University to pursue a program in Clinical Mental Health Counseling with a concentration in Family and Marriage Therapy.