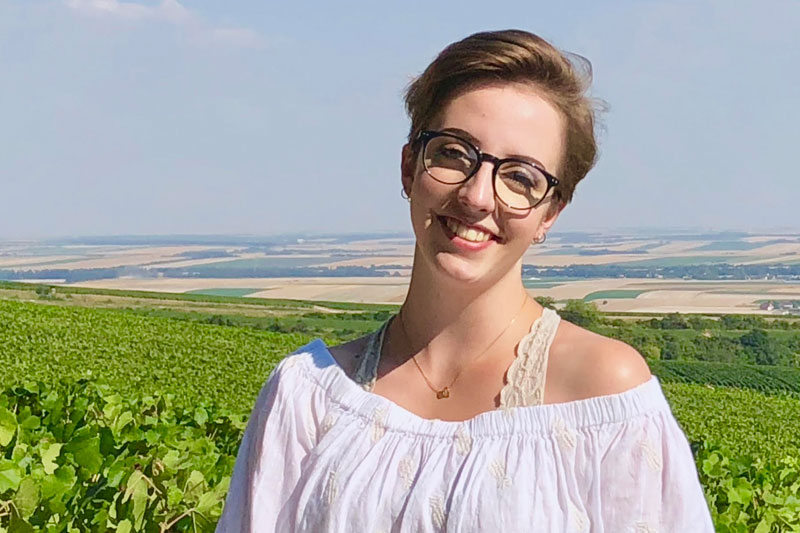 When Mimi Mays, ՚20, stepped onto Meredith’s campus as a freshman from Portland, Oregon, she had no idea the opportunities she would encounter. Her growth in the last three years both academically and extra-curricular have highlighted her strengths and showed her she is most strong when she is challenged and motivated by others.

“The impactful experiences I’ve had at Meredith are the ones that have given me the most agency and chance to take my own initiative to succeed,” says Mimi. “I’m so glad that I have had the chance to do such a variety of things. My breadth of skill and involvement is certainly one of the things I’m most proud of.”

A Meredith Legacy and Honors student, Mimi is double majoring in political science and communication. She says the Meredith environment has allowed her to be surrounded by intelligent women and insightful professors who find joy in supporting those around them.

Garry Walton, Mimi’s faculty adviser at The Meredith Herald is just one example of a motivating and uplifting professor who always guides and encourages.

“My role at The Herald started small, but I later served as associate editor and editor-in-chief,” says Mimi. “This was a brand-new realm of responsibility for me, filled with learning moments – sometimes successes and sometimes mistakes – but always benefitted by Dr. Walton’s kind yet honest words of wisdom.”

Competing with the Moot Court team is another experience that Mimi has enjoyed, supporting her plans to attend law school one day.

Mimi also studied abroad three times, and she is looking to live abroad and continue experiencing other cultures even after graduation, possibly applying for a Fulbright Scholarship and either conducting research or teaching English. Her permanent career is still undecided, but she is considering law, government, journalism, audiovisual production, and education.

For Mimi, having such a supportive and optimistic environment at Meredith allows her so many opportunities to explore her interests and gives her a greater chance to become confident and successful.

“I am so glad that I have developed so many different parts of myself. It really is something I appreciate. I know that I have the courage to pursue what fulfills me the most, and be strong, skilled, and ambitious enough to make a significant difference wherever I end up.”

Learn more about studying political science and communication at Meredith.