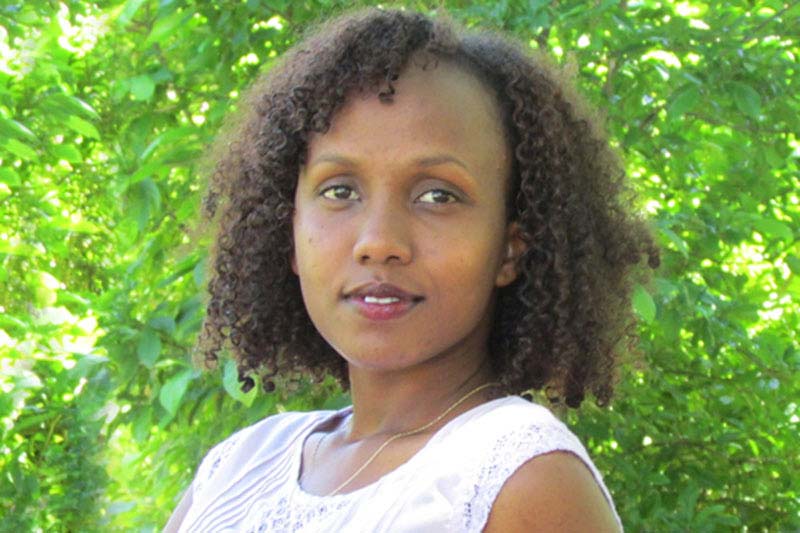 Computer science and business administration major Mercy Rialem, ’17, took full advantage of the Office of Career Planning to help shape her career journey and gain valuable experience. And before graduating from Meredith, she had a job lined up, waiting for her.

“I have interacted with awesome staff members in this department who have helped me chart a clear career path, cultivate my professional image, connect me to various employers, and offer me opportunities to explore my interest outside of the classroom.”

Mercy has always had a desire to work in computer science. Her keen interest in mathematics and physics, coupled with her passion for technology and its potential to have a positive impact on the world, is what drew her to the field. And Meredith allowed her to expand on her passions.

She completed three internships in the computer science field, presented her Honors thesis, and attended several conferences to help build her network and broaden her horizon. She is grateful to her professors for helping her mature academically and professionally.

“Computer science projects have challenged me intellectually, enhanced my problem solving and analytical abilities, and brought out the creativity in me,” said Mercy. “It has sparked a fire in me to always work towards developing solutions for problems that arise.”

Mercy wanted to complement the skills that she acquired through computer science in hopes of gaining a competitive edge. That led her to also major in business administration.

As a double major, the Kapenguria, Kenya, native kept pretty busy while at Meredith. She was a member of the Honors Program and the Broyhill Business Fellows Program while working three on-campus jobs. Mercy also sat on the Residence Hearing Committee and served as president of the Meredith International Association and Every Nation Campus Ministry.

“I was over ambitious. I tried to cram in as much as I could within my four years at Meredith,” said Mercy. “I spread myself too thin. As much as it was impressive to be in all these activities, I have learned to take on only as much as I can handle within a given time to give my best performance.”

Throughout her time at Meredith, Mercy has learned that she has an indomitable will to succeed and that the overwhelming support she has received from her family and Meredith community who believe in her has made her strong and has allowed her to discover her strengths.

“I attended a girl’s high school in Kenya, and I fully understood the power and strength behind bringing women together to work towards a common goal of empowering women,” said Mercy. “Meredith has offered me a platform to experience growth without limitation.”

Mercy scored in the top one percent in the nation on her business graduation exam, the ETS Major Field Test. After graduation, she will start her career with Credit Suisse as an application developer in their two-year rotational technology program.

“Meredith has taught me to chase after my dreams tirelessly. This is just the beginning of my strong journey.”