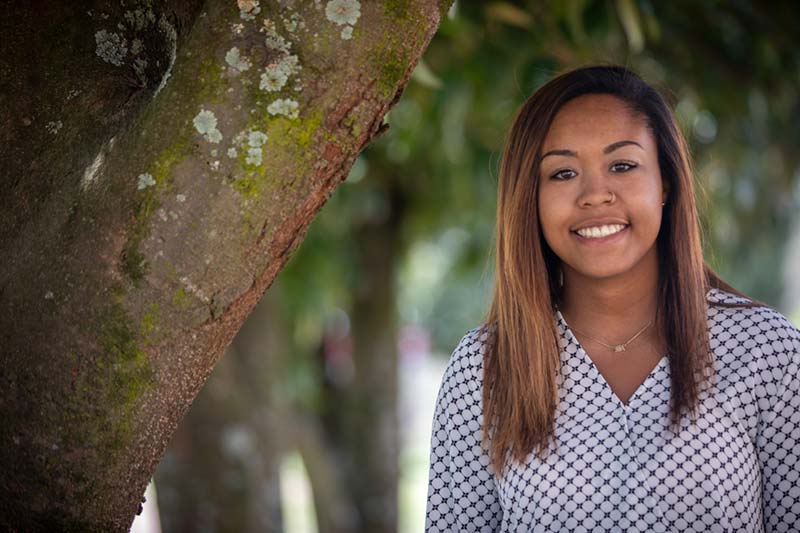 Brittany Preston, ’19, enrolled at Meredith College unsure of the career path she wanted to pursue. After she graduated from Meredith, she headed for a future that was discovered by combining her passions and being in an environment that encouraged her.

“As a person who thrives off structure and plans, it was challenging for me to continue to take classes each semester when I had no idea how they would help me figure out what I wanted to do,” said Brittany.

Melinda Campbell, Brittany’s adviser and head of the Department of Nutrition, Health, and Human Performance, provided constant reassurance that she would find her niche and encouraged her to continue to step out of her comfort zone and take different courses. With this support, she found her career path.

“I soon found a career that could pair my passion for helping people with my love for the human body in occupational therapy,” said Brittany. “Through this experience, I learned the importance of vulnerability. As I allowed myself to be vulnerable to new subjects and classes, I was able to learn what I liked and disliked in each area to find the perfect career for me.”

As an exercise and sports science major, Brittany plans to pursue a career in occupational therapy, where she one day hopes to specialize in pediatrics. After graduation, she will be attending Liberty University for a Master of Science in exercise science and wellness with a concentration in fitness and performance. In the future, she plans to pursue a master’s or doctoral degree in occupational therapy.

Aside from academics, Brittany uses her passion for helping people to make a difference across campus. The Clayton, N.C., native is the Chief Wings and Transfer Adviser, a Meredith Activities Board Publicity co-chair, a member of White Iris Circle, and captain of the Avenging Angels basketball team.

On the basketball court, Brittany has earned the Coach’s Award and collected USA South All-Academic Team honors.  She is also a member of the Student-Athlete Advisory Committee.

“As a student-athlete, I’ve gained a deeper appreciation for the College through my experience representing the Avenging Angels,” said Brittany. “Traveling throughout the conference and being the face of Meredith College is such an honor. People in other cities truly do recognize and appreciate the type of athletes and women that Meredith College produces.”

At Meredith, Brittany has developed a love for research and is excited to gain more hands-on learning experiences. She is currently conducting research on the effects of pre-workout supplementation on measures of cognition and performance in female college athletes. She also plans to intern with a pediatric occupational clinic in the spring.

“Meredith has provided hands-on research experiences both in the classroom and in the real world, to build on my strengths and confidence,” said Brittany.

Growing up in a military home, Brittany constantly moved around and often had difficulty being accepted in new schools and communities. Meredith was different.

“As soon as I stepped on campus, I felt welcomed and accepted by everyone on campus, which has in turn contributed to my personal, athletic, and academic growth,” said Brittany. “I could never be more thankful for that feeling.”

As she prepared for her future outside of the Meredith gates, Brittany took with her a stronger confidence and valuable lessons that will help her make an impact in the lives of others.

“During my time at Meredith, I have learned that I am capable of making a difference in the world. I have been supported through struggles, pushed past my expectations, and celebrated for accomplishments by members of the Meredith community. These experiences have taught me that I can be as impactful as I choose to be and the sky’s the limit.”