The Meredith Minute: Are “natural” products safer than synthetic? 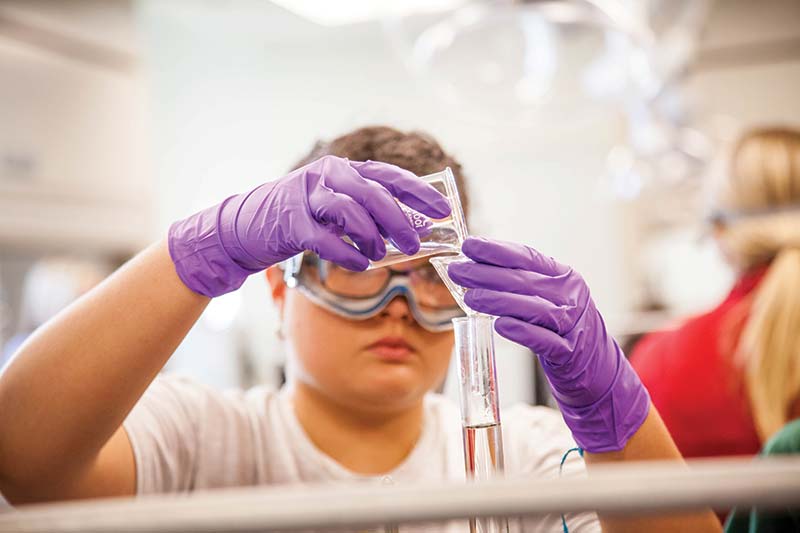 Often the term “natural” is used to convey the idea that a product is safe or of better quality. Today the media play on our fears to make us guarded and uncertain of synthetic chemicals in our food and other products; however, synthetic substances should not be assumed to be toxic.

“Natural” is defined as “existing in or caused by nature; not made or caused by humankind.” Therefore, “natural” is an ambiguous term. In fact, the FDA has not developed a definition for the term “natural” for food labels. It allows the term “natural” to be used on foods to suggest no added colors or artificial ingredients. Society may equate the term with health and safety, but this is not always true.

Chemical compounds produced synthetically or in nature have the same chemical structure and properties. Ethanol, for example, whether it is formed by organisms or by humans, has the same boiling point, density and for the most part, the same biological behavior. As a synthetic organic chemist, producing synthetic drugs or isolating natural products has been an important part of my desire to improve our quality of life. Producing an active ingredient for medicine in larger amounts free from harmful impurities and incorporating properties such as slow release or better digestibility have been invaluable to the medical community.

Further, natural compounds can be highly toxic. Bacteria, plants, and animals make toxic natural compounds to use for their defense or protection, thereby participating in their own chemical warfare. One of the most toxic chemical compounds is a natural compound, botulinum, which can be found in plants, soil, water and the intestinal tracts of animals. Botulinum has a microscopic lethal dose (LD50). This means that, on average, 50% of average-sized adults would die from tiny exposures to the botulinum. On the other hand, sugar has a high LD50, meaning that it would require very large doses of exposure to be fatal to half of the exposed population.

Like botulinum, many molecules are harmful in small quantities, but others, like sugar, are relatively harmless (though not necessarily healthy), even in high doses.

Whether a compound is natural or synthetic, “the dose makes the poison.”1

So my message to you is not to fear chemical compounds, whether synthetic or natural, but to stay informed as to which chemicals deserve our caution as reported by agencies such as the Centers for Disease Control and Prevention (CDC) and Food and Drug Administration (FDA). And remember, many natural compounds can be just as harmful as synthetic compounds.

Walda Powell, Ph.D., is a professor of chemistry at Meredith College. She is a member of The American Chemical Society (ACS), Iota Sigma Pi National Honorary Society for Women, and Sigma Xi. Additionally, she has been involved for over a decade with science camps for middle school students and now works with the Girl Scouts Science Camp here at Meredith. She continues to be active in research working with undergraduate students.