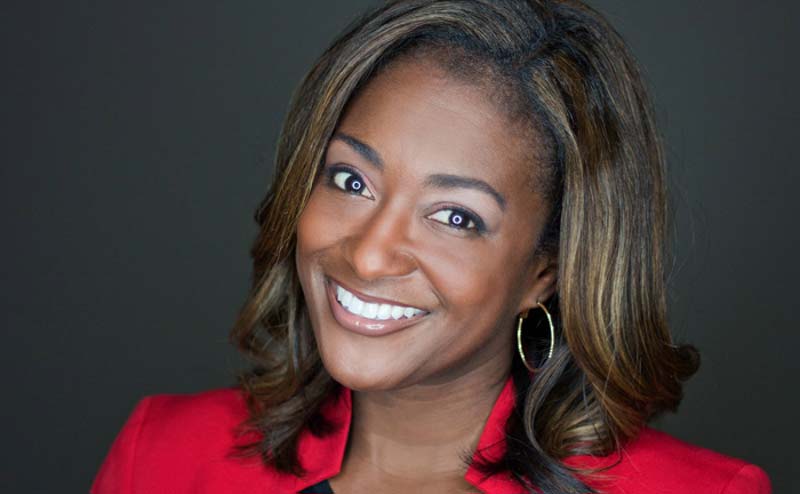 Serving as the public information officer (PIO) for the Durham County Sheriff’s Office (DCSO), running her own digital ministry, and producing a documentary – these are just a few of the things Tamara Gibbs does in addition to teaching at Meredith College.

Gibbs began her communication career in broadcast news where she spent more than two decades as a reporter, most recently with ABC 11 WTVD News. “My career in journalism was an amazing adventure,” said Gibbs. “From presidential inaugurations to high profile murder trials, I have covered major stories and loved every minute of it.”

To accommodate a better work-life balance, Gibbs recently decided to transition to a career in public relations. Though very different than television news, Gibbs said the transition was smooth because the skills were transferable. “I’m basically on the other side of a story,” she said. “I went from being a messenger to a message crafter.”

In her spare time, Gibbs runs a digital ministry called Single Serving for Single Women, which is also the title of a 50-day devotional she is working on getting published. In addition to that, she is producing a documentary about the fatal shooting of three Muslim students in Chapel Hill.

As the PIO for the DCSO, Gibbs spends her workday doing everything from facilitating public records requests and managing the agency’s social media accounts, to crafting press releases and practicing crisis management. These techniques are essential to the public relations profession, which is why Gibbs is the perfect person to be instructing the public relations techniques course taught at Meredith.

Though Gibbs works full time at the DCSO and is involved in several other endeavors, she says she makes the time to teach because she likes to share what she has learned in hopes of helping another woman achieve her goals.

“I think it’s important for women to support other women, especially personally and professionally,” she said. “I want the young women in my class to learn valuable skills and to feel confident in their performance and in themselves.”

This is Gibbs’ second semester teaching at Meredith. “I’m really enjoying my class and the students,” she said. “They’re focused, curious, and fun.” Because Gibbs works in the field, her students have the unique opportunity to learn from the real-world experiences she encounters every day at the DCSO. Her students are able to learn from and practice the same public relations techniques she uses on the job, including social media campaigns, news releases, and more.

“I’m a firm believer that college should prepare people for the real world, or at least try to prepare them for the workplace and life in general,” said Gibbs. “Part of building my students’ confidence is giving them real-world experiences in class.”