SGA Elections Evolving to Meet Students Where They Are 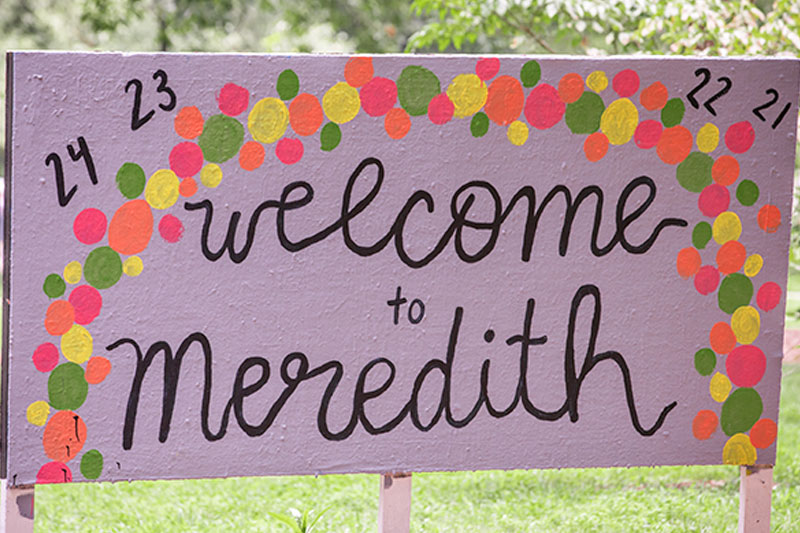 Like many of the experiences of the Class of 2024, the freshmen fall elections for Meredith College’s Student Government Association were markedly different from years past. Information sessions about the elections as well as actual campaigns were all held virtually.

“The virtual format makes it more convenient for people to attend things they’re interested in exploring,” said Powell, who has served on the Elections Board since her freshman year.

In addition, first year students are understandably looking for ways to create community. For example, the Sophie Lanneau Leadership Program has seen a significant increase in participation numbers over last year.

The groundwork had been laid for conducting campaigns virtually over the past year, when students were able to campaign while studying abroad. SLS plans to continue to offer information sessions in a virtual format, whether they are all virtual or a mix, simply because doing so allows more students to participate.

She also noted that virtual events are easier to attend without a friend, which can be a challenge for first-year students who may still be in the process of developing a community of friends.

Although more students attended the information sessions this year, a comparable number ran for positions.

Borum said she was impressed with the creativity of the freshmen students who conducted virtual campaigns.

“Students are so tapped into technology,’ she said. “They really stepped up to the challenge.”

Creating more inclusive elections has been a topic of consideration among staff and students alike.

One way they are hoping to include more students is by adding a nomination form that will allow students, faculty, and staff to nominate students for elected positions.

“Our hope is that having a nomination form will encourage students who might not otherwise be inclined to run for office to do so,” said Borum. “Especially for women, some just don’t think of themselves as leaders until someone else encourages them to do so.”

SLS and the Student Government Association are also exploring adding a Diversity Chair as an elected position. Such a position could help support equity and inclusion by focusing a variety of issues related to class activities such as ensuring that event dates are chosen with consideration of diverse cultures and religions, and helping make certain theme selections for student events are culturally appropriate, and more. If adopted, the addition will require a change to the SGA constitution.

“We look forward to making even more connections with the Class of 2024 as they navigate this year in new ways,” said Cheryl Jenkins, director of SLS. “We aim to provide them with the support they need to get them involved and to include others from their class for a successful year.”