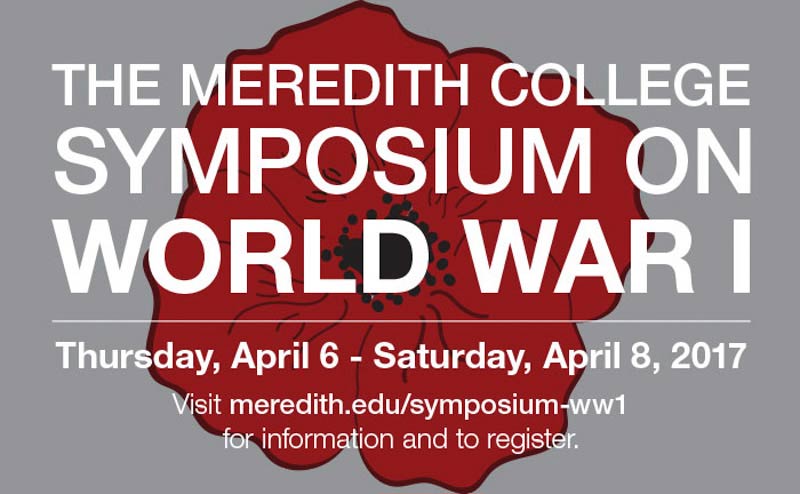 The Meredith College Symposium on World War I wrapped up three days of outstanding scholarly engagement on Saturday, April 8. Scholars from at least eighteen national and regional institutions traveled to Meredith College to take part in the event commemorating the centennial of the United States entering the First World War. Faculty, staff and students from across Meredith College contributed their own talents to the proceedings, making the symposium a true campus community endeavor.

The symposium came out of a book project, North Carolina and World War I (2018), to which faculty member Angela Robbins Marritt has contributed an essay focused on women on the home front during the war. Dr. Marritt and two other scholars associated with the book presented their research at the American Historical Association annual meeting in 2016, and it was there that the idea to host a symposium at Meredith was born. The Department of History and Political Science invited the book contributors to share their research and also issued a national call for papers, expanding the theme to reach beyond North Carolina. The twenty-six papers presented at the symposium expertly represent recent scholarship in this dynamic field of study.