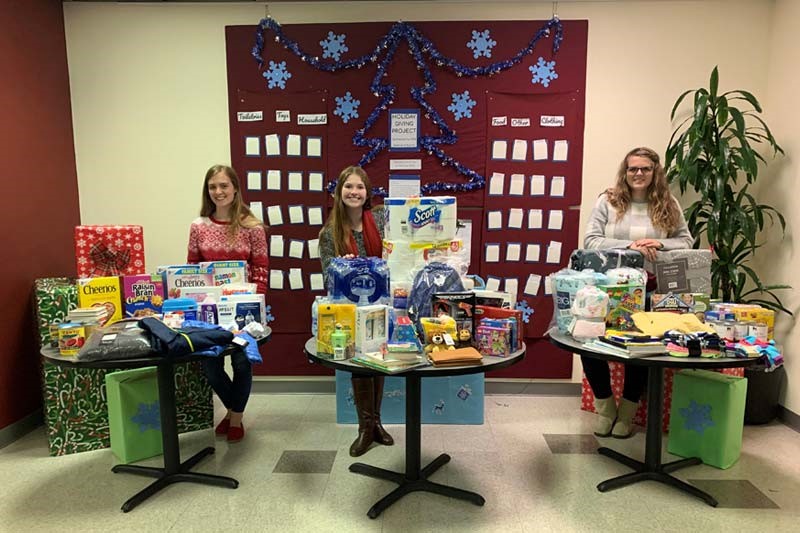 The largest of the projects was sponsored by Meredith’s Student Government Association (SGA), which organized a campus-wide Holiday Giving Project. This effort generated more than 100 items, including food, toys, blankets, books and toiletries, which was enough to support more than 60 individuals.

“Through this drive we wanted to bring more awareness to the Meredith campus about the needs of people within 15 minutes of campus,” Jenkins said.

SGA’s project allowed donors to select from different options supporting the Women’s Center of Raleigh, Centro Para Familias Hispanic, and the Salvation Army. Community members could select a card listing a needed item and then bring their donation back to Meredith for delivery to the charitable organizations.

“As a women’s college, the Women’s Center was one of the first places we reached out to, to meet the needs of local women in our community. We also chose the Salvation Army and Centro Para Familias Hispanic because members of SGA had worked with those organizations previously,” Jenkins said. “All three organizations allowed us to help a wide range of individuals in our area of all ages.”

After the success of the holiday project, SGA plans to do another service project in the spring semester.