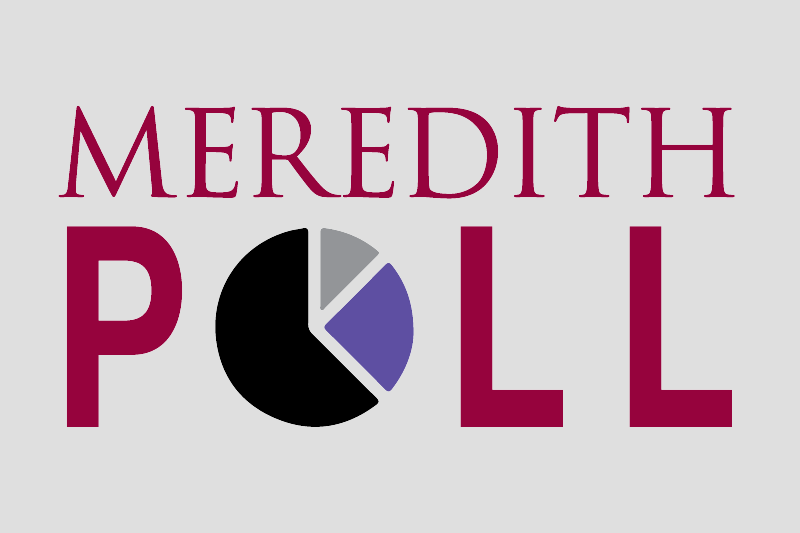 The New Tax Law
The new tax law, passed by Congress and signed by President Trump in December 2017, divides North Carolinians in the perception of its impact. Overall, just under 40 percent of respondents favor the new bill, while one-third of those contacted are against it. The political divide is very extreme with Republicans having a high net favorability toward the law (+51.8) and Democrats being very unfavorable toward it (-35.3). Minorities, including African Americans, also do not favor the law (-9.7).

Likewise, when asked about the impact of the new tax law on them individually or on groups of people, North Carolinians responded generally along their partisan leanings. About one-third of North Carolinians indicated that they thought they would pay less taxes under the new law, but just over 20 percent of Democrats felt this would happen, while almost half of the Republicans contacted thought they would pay less. The same divide occurred on the question about which socioeconomic group would most benefit from the new tax law. Almost three-quarters of Democrats think the wealthy will most benefit, which only about 20 percent of Republicans consider the new law most beneficial to the wealthy.

“The conclusion to be reached from the series of questions about the new tax law and its impacts is that people lack detailed information about the bill,” said David McLennan, director of The Meredith Poll. “They have a superficial knowledge of the tax law generally that is based on their political beliefs, rather than financial information.”

Satisfaction with North Carolina’s Direction
North Carolina registered voters are split in their perceptions of how things are going in the state. Almost half (47.7%) are satisfied with how things are going, but more than four-in-ten (40.6%) are dissatisfied. This level of satisfaction stands in stark contrast to national polls, such as Gallup, that report that two-thirds of Americans report being dissatisfied with the direction of the country.

Most demographic groups are more satisfied than not, with a majority of Democrats, African Americans, and those in rural parts reporting being satisfied. A plurality of Republicans and Boomers report being more dissatisfied with how things are going than those reporting being satisfied. The Republican dissatisfaction is at odds with national polls, such as Gallup (January 2018), which reported that Republicans were more satisfied with the direction of the country than at any time since 2007.

Voter Approval of President Donald Trump
President Trump, despite low approval ratings, still appears to be strong in North Carolina in terms of winning the state if he runs for reelection in 2020. He is considered favorable by slightly more North Carolinians than those that consider him unfavorable (48.7-47.7%) with most in each group holding the extreme position (extremely favorable or extremely unfavorable). Very few North Carolinians have no opinion of Trump. Trump’s favorability is strongest among Republicans and white North Carolinians and is most unfavorable among Democrats and African Americans.

The Meredith Poll indicates that Democrats have yet to find a strong candidate in a match up against Trump. Former Vice President Joe Biden runs the best among those Meredith College polled, but N.C. Governor Roy Cooper is second to Biden. Biden edged Trump in the match up, with Biden performing better than other possible Democrats with unaffiliated, urban, and women voters. North Carolina Governor Roy Cooper, although not mentioned by most pundits as even interested in running for president, runs well against President Trump, coming within the poll’s margin of error (4%) in the match up. Cooper runs well with unaffiliated, urban, and women voters (second to Biden) against Trump.

Voting in 2018
A large majority of respondents to our survey indicated that they were very likely to vote in the 2018 elections. Although unsurprising, given that the sample was screened for those who had a prior history of midterm voting, the response to the question indicates that there appears to be no enthusiasm gap between Democratic, Republican, and Unaffiliated voters ten months before Election Day.

Not only does there appear to be equal enthusiasm among partisans for voting, but preferences for Congressional and legislative candidates appears to be relatively equal. In terms of Congressional races in North Carolina, voters have a slight preference for Republican candidates (45.2-43.5). The same holds true for legislative races, although the gap is smaller (43.3 R to 42.5 D). The large number of undecided voters will be significant, as usual, in determining the outcome of the relatively few competitive Congressional and legislative races in North Carolina.

About The Meredith Poll
The Meredith College Poll conducted a combination poll consisting of 223 live caller respondents and 395 email respondents of registered North Carolina voters between January 21-25, 2018. The results reported have a margin of error of 4%. Meredith College students administer the survey as part of the College’s commitment to civic engagement.