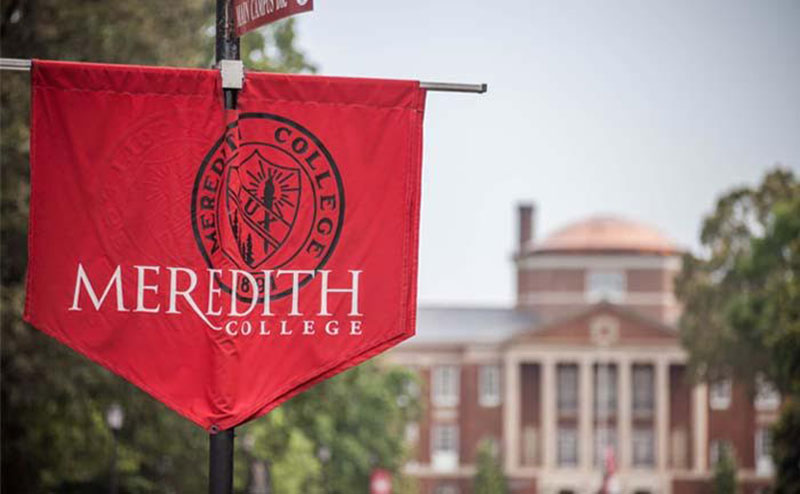 On Wednesday, November 13, the Department of History, Political Science, and International Studies hosted an event on Meredith’s campus for students to view the impeachment hearings for President Donald Trump.

Because of the significance of these hearings — only the fourth time in US history they have taken place against a serving president — faculty members felt it was important to provide a space for students to observe and understand the proceedings. Political science and history faculty David McLennan, Daniel Fountain, and Angela Robbins were all present to provide expert insight to those in attendance.

Prior to airing coverage of the hearings, McLennan gave a brief explanation of what to expect from the proceedings and moving forward.

“Today’s hearing in the House Intelligence Committee is the first public step in the impeachment process against President Trump,” explained McLennan. “For the last month, House committees have held private hearings with many of the witnesses that Americans will be hearing from in the next few weeks.”

McLennan said that students should care about the impeachment hearings for several reasons. “First, it is the only way a president can be punished for inappropriate behavior and the process is a political one, not a legal one,” he said, “which means Democrats and Republicans see the impeachment process very differently.”

McLennan said that students should also care about the proceedings because they happen so infrequently. Only Andrew Johnson and Bill Clinton have been formally impeached, while Richard Nixon resigned before he was formally impeached. “They are living history,” said McLennan.

Finally, McLennan said this is an opportunity for students to see how government works. “Although the process is messy and political tribalism rules the day, students can see that most members of Congress take their work seriously and there are public servants, like Ambassador Taylor, who are very professional and committed to doing a good job for the United States.”

History faculty members Dan Fountain and Angela Robbins also spoke prior to the viewing to give brief history lessons on past impeachment hearings held for Johnson, Clinton, and Nixon. Robbins noted that while it may be difficult to believe there was ever a time when the nation was as politically divided as we are now, similar atmospheres existed during the eras of past impeached presidents.

“It’s fascinating when you look at the Clinton impeachment, the general consensus was that the nation was the most partisan it had ever been since reconstruction,” said Robbins, “and I think a lot of people have that same argument today.” She said this is not the first time in history that we have seen this sort of division and partisan politics.

Gavel-to-gavel coverage of the hearings was provided for students with experts present during the entirety of the proceedings to answer any questions.

Meredith’s viewing event was featured on local newscasts including coverage on ABC-11.