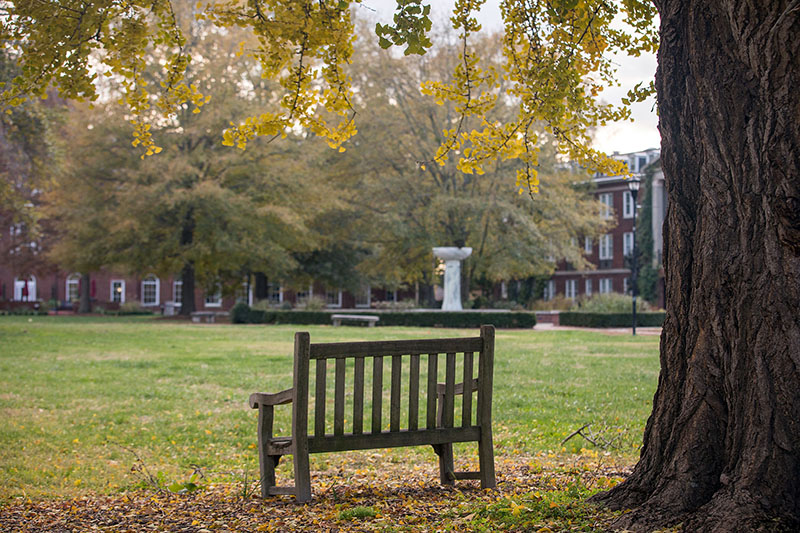 Beth Meier, director of the counseling center, said most suicide prevention trainings are fairly simple. The technique covered in Meredith’s sessions was QPR, which stands for Question, Persuade, and Refer. Much like CPR or the Heimlich maneuver, QPR is designed to empower lay people to intervene in emergency situations.

Signs to Look For

Meier said friends and family often become aware of an individual’s distress by reading comments they have made on social media. Other potential signs include giving away possessions, making a plan for pets, walking around in a fog, displaying general sadness, and not practicing good personal hygiene.

If potential suicidal behaviors are observed, QPR provides a framework to intervene.

Questioning is the first step. Both direct and indirect questions are appropriate, such as “Are you thinking about suicide? Have you been unhappy lately?”

The next step is Persuasion. It’s best to plan a time and place to talk with them. Listen to them without rushing or interrupting. The goal is to get them to accept help.

The last step is to Refer them to an appropriate resource for help. Ideally, accompany them to a healthcare professional, or help them make arrangements and commit to following through.

“The hardest part for most people is talking about suicide – even just saying the word,” said Meier. “A common myth is that if you ask someone if they are thinking about suicide, it will plant a seed and make it more likely to occur. In fact, research shows that talking about it really helps. Suicide is preventable.”

What To Do in an Emergency Situation

The Counseling Center also has a Crisis Hour Monday through Friday at 1 p.m. and offers short-term counseling at no cost to Meredith students.