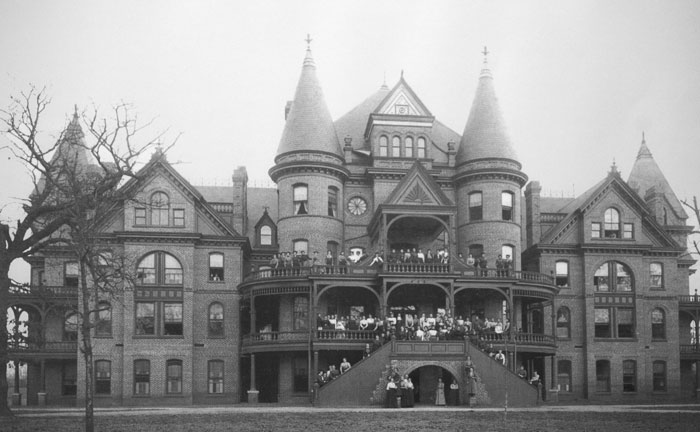 In the opening paragraph of A History of Meredith College, Mary Lynch Johnson quoted the College’s second president, Richard Tilman Vann: “If you ask about the beginning of Meredith, no one can answer you. It is the incarnation of an idea. Events may be dated and chronicled, but who can trace the genesis of an idea?”

While we may not be able to trace the genesis of the idea that became Baptist Female University, Baptist University for Women, and finally Meredith College, we can trace the events that have brought Meredith to where it is today: a college that is going strong, 125 years and counting.

1891 – On Feb. 27, 1891, Baptist Female University received a charter from the state legislature. The trustees hoped classes would begin that fall, but fundraising efforts fell short.

1899 – Baptist Female University, at the corner of Edenton and Blount streets, opened on September 27 with 19 faculty and staff members, including President James C. Blasingame. The Biblical Recorder’s editorial that day is titled “At Last.” One hundred-eighty students registered on the first day; by the end of the year, 220 students had registered. A college year was three terms of three months each. Room and board was $36 per term, and tuition was $17.50, for a total of $165.50 per year. 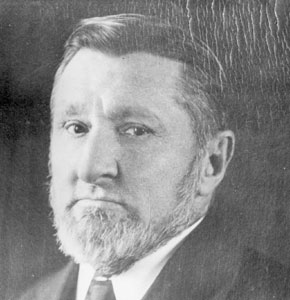 1904 – The trustees changed the name from Baptist Female University to Baptist University for Women (BUW), and the school paid off its mortgage. Students published the first annual, Oak Leaves, and, as sophomores, the class of 1906 made the first ivy chain.

1905 – BUW established a student government, “apparently the first college in the state to do so, and one of the first in the South,” said Johnson.

1906 – The tradition of the hiding of the Crook began, though the tradition ended in 1913 because, according to Johnson, students began hiding it in increasingly dangerous places. It was introduced again in 1929.

1909 – On May 24, trustees changed the name to Meredith College. “The name’s lack of pretentiousness, its brevity, and its beauty of sound were welcome,” Johnson said. And everyone was “pleased with the tribute to” Thomas Meredith. Upon its name change, Ida Poteat designed the College seal.

1915 – President Vann retired. Among his accomplishments, he wrote the words and music to Meredith’s “Alma Mater”; increased enrollment to nearly 400; and accumulated $127,000 for Meredith’s endowment.
Charles Edward Brewer was selected to take over. On the first day of class in the fall, he knew the names of all 403 students and their hometowns. 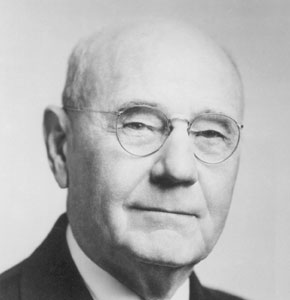 1918 – Students were quarantined on campus during the flu epidemic. The campus was still quarantined on Armistice Day, and the students paraded around campus in celebration. One faculty member, Louise Cox Lanneau, Class of 1908, died from the flu after the epidemic and quarantine were over.

1921 – President Brewer wired campus to report that Meredith was admitted to the Southern Association of Colleges and Schools; “in half an hour,” Johnson said, “every person on the campus had heard the glad news.” The Twig, the student newspaper, was first published that spring.

1924 – On March 15, 1924, the faculty presented the first production of Alice in Wonderland to the students. “Faculty Wows Students,” read the headline in the next day’s Twig. 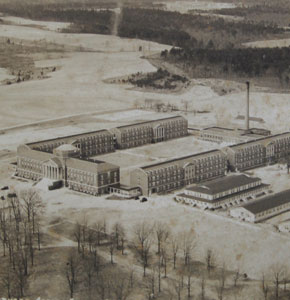 Construction began for Meredith’s new campus, the Tucker farm site on what is now Hillsborough Street. The College purchased the 135 acres for $60,000.

1926 – In January, students returned from winter break to the new campus: an administration and classroom building, a dining hall, and four residence halls. At the time, the dormitories were called A, B, C, and D. Students had to get used to living in the “country,” as the Twig editor wrote.

1928 – The Association of American Universities added Meredith to its list of “approved colleges.” It was the first women’s college in North Carolina to receive the distinction and the fourth school in the state. 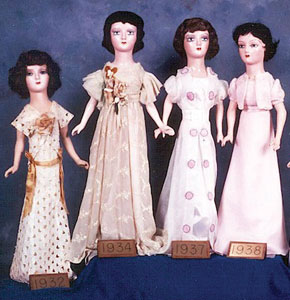 1936 – The class of 1936 presented the first doll. Classes from before 1936 then created class dolls to complete the collection.

1939 – President Brewer retired. Under his leadership, the College built and moved to the new campus; the endowment grew to more than $500,000; and the student body had grown by 200. Dr. Carlyle Campbell was chosen as the fourth president. 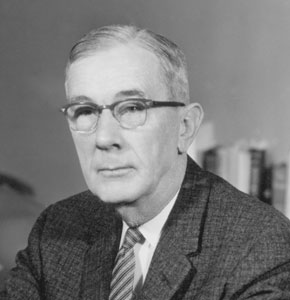 1945 – Classes held the first Cornhuskin’ competition; “in deference to” the Midwestern student who thought up the event, Johnson wrote, “the shucks are called husks.” And equitation was offered as a formal program, with a 1946 Twig article noting that it became “a major activity.” The College discontinued the program in 1990.

1953 – The Mae Grimmer Alumnae House was built. In 2001, the house was relocated from its original location for the construction of the Science and Mathematics Building. 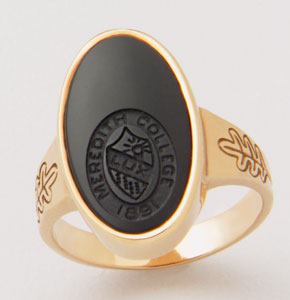 1956 – The first edition of A History of Meredith College was published.

1964 – Dr. Norma Rose spoke at the first Faculty Distinguished Lecture, and Class Day, which began in 1901, was held in the new McIver Amphitheater. 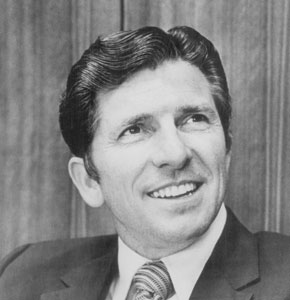 1971 – President Heilman resigned. According to Carolyn Robinson’s The Vision Revisited, he increased faculty salaries and the number of faculty with doctorates, began offering faculty sabbaticals, and increased student enrollment by 44 percent.

Gwendolyn Matthews Hilliard, ’71, made history as the first African American student to receive a degree at Meredith. 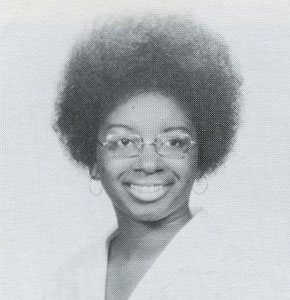 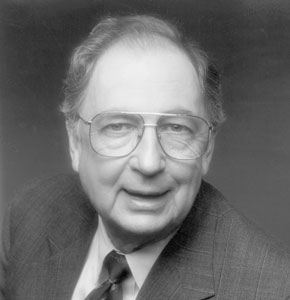 1974 – Meredith appointed its first female vice president, Dr. Sandra Thomas, and Meredith students in earnest took up the cause of women’s rights. An editorial in the Twig addressed Thomas: “You have set one precedent already, and, who knows, perhaps one day someone will follow you to the never-before-achieved accomplishment of becoming Meredith College’s first woman president.”

1978 – Sir Harold Wilson, former Prime Minister of the United Kingdom, gave the first Lillian Parker Wallace Lecture. Since its inception, Nobel Laureate and Holocaust survivor Elie Wiesel and former U.S. President Jimmy Carter, among others, have spoken as part of the series.

1979 – Meredith began the paralegal program. Today, Meredith’s program is the only one in the Triangle approved by the American Bar Association.

1980 – The angel became the school’s official mascot. Since the campus’s move in 1926, the school had been known as the Angel Farm. Sports teams joined the NCAA Division III, the golf team won the NCAIAW (N.C. Association for Intercollegiate Athletics for Women) state championship, and the tennis team won the conference title.

1984 – Twenty-one students enrolled at Meredith as members of the new Honors Program. The school established its first endowed chair, the Mary Lynch Johnson Chair of English, the same year Johnson died, having committed 65 years of her life to Meredith.

1986 – The Twig was renamed the Meredith Herald; in the last issue of the Twig, the editor wrote, “Be a part of the new tradition!”

1987 – The Gaddy-Hamrick Art Center opened, holding the first student art exhibit that spring. Meredith offered the only four-year art program in the area at the time. 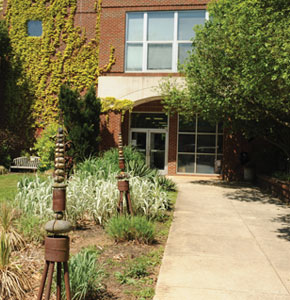 1988 – Meredith was one of two private colleges selected to participate in the North Carolina Teaching Fellows Program. When funding for the state program ended in 2012, Meredith launched its own program, the Meredith Teaching Fellows, to continue support for future outstanding educators.

In the spring, Jane Goodall visited campus after meeting Dr. Lyn Aubrecht, professor of psychology, in Raleigh two years prior. He’d invited her to campus, telling her, “your life has in it a message for young women.” 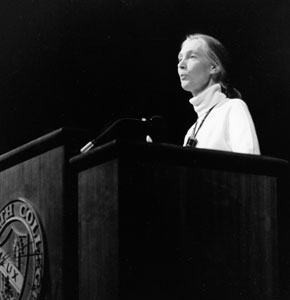 In 1991, the Board of Trustees amended Meredith’s charter so that the school could elect its own trustees, rather than having the Baptist Convention choose them.

1997 – Meredith’s continuing education program became known as the 23+ program, with Sandra Close, ’86, as the director.

Meredith College broke its close ties with the Baptist State Convention to give the school autonomy amid concerns about the convention’s views on women.

One week after the College’s 108th anniversary, Dr. Maureen A. Hartford was chosen as Meredith’s seventh and first woman president. An article in The Meredith Herald quoted a junior as saying, “Not only does she seem like the best woman for the job, but also the best person.” 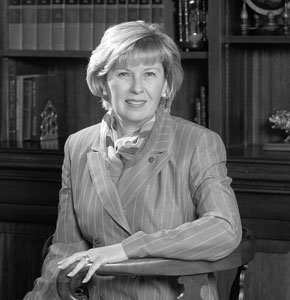 The Park Center Mural was dedicated during Alumnae Weekend. Designed by Linda Fitz-Simmons, ’73, professor of art, and funded by the Class of 1997, the project honors the achievements of 100 alumnae.

That fall, the graduate school opened its doors to men, with the Meredith Herald reporting that the school made this change to meet a federal law.

The College broke ground for the Science and Math Building in the spring, and from May to November, the Mae Grimmer Alumnae House was moved to “a more prominent location adjacent to Jones Chapel,” reported The Meredith Herald. 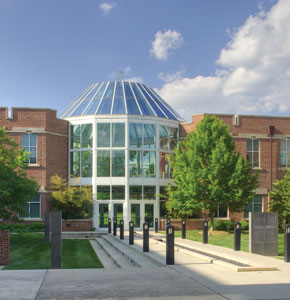 2002 – Four men – the first in the College’s history – graduated from the MBA program.

2009 – On campus, the athletic field and track complex opened, the largest first-year class in the College’s history enrolled, and The Oaks, Meredith’s residential apartments, opened, the first new residential construction since 1970.

2010 – The School of Business earned Association to Advance Collegiate Schools of Business (AACSB) accreditation. Meredith is one of only two women’s colleges in the world accredited by AACSB International.

2011 – President Hartford retired after 12 years, having strengthened academic offerings, expanded and enhanced campus facilities, including the addition of the Science and Mathematics Building and The Oaks student apartments, increased student diversity to more than 20%, and increased the endowment to more than $70 million. 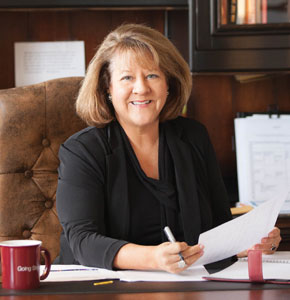 2012 – The Board of Trustees approved Meredith Forever, a three-year rolling strategic plan that guides priorities and decisions to strengthen the College.

Meredith added lacrosse as the school’s seventh varsity sport. The team won two consecutive conference championships in 2014 and 2015, and the team went to the NCAA tournament both years. 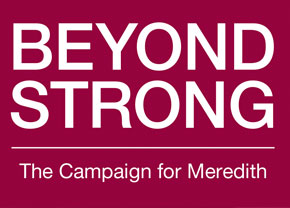 2014 – The College announced StrongPoints®, an advising and personal coaching program found only at Meredith that’s designed to help students maximize their college experience. The College re-launched Wings, its adult education program. And the College raised a record $18 million in the fiscal year.

2015 – Renovations began on Johnson Hall, thanks to the gifts of Bobbitt Clay Williams, ’57, and her husband Bill Williams, and the Jud Ammons family, in memory of Jo Ellen Ammons, ’57. In three and a half years, the Beyond Strong campaign raised more than $52 million.

2016 – Meredith added track and field as its eighth varsity sport.

Meredith celebrated the beginning of its 125th anniversary year with events, including an exhibit at the City of Raleigh Museum and a gala celebrating the public launch of the Beyond Strong campaign.