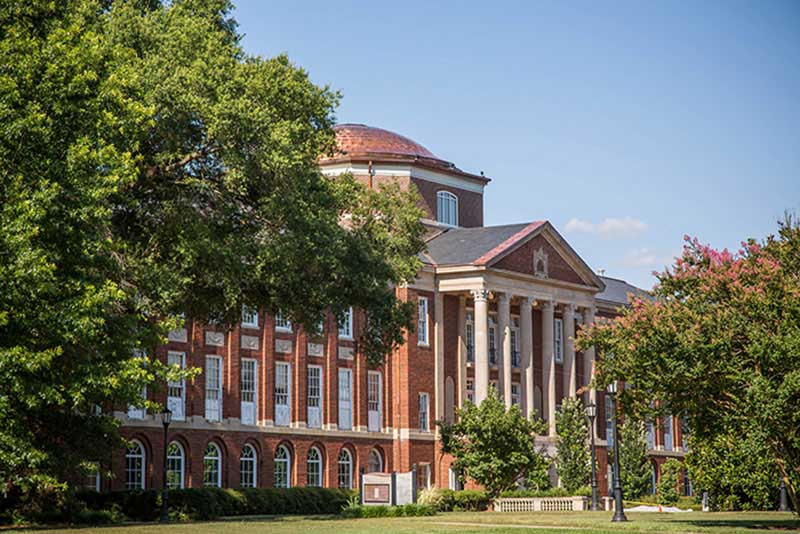 Meredith College’s Department of Foreign Languages and Literatures hosted its annual Spectacular! event on Thursday, April 5, 2018, in Kresge Auditorium. The event is a chance for students to show off their artistic talents from theatrical and musical performances to poetry readings and recitations. This year included performances by students across several academic departments.

The yearly event began as part of a Spanish class taught by Associate Professor of Foreign Languages and Literatures Jonathan Wade, but has since expanded to include other languages and departments. This year, both the theatre department and the English department were asked to participate.

Wade has hosted this event as a celebration of different cultures across the globe. “This time was especially meaningful because the event featured students from theatre and English, so it was more globally diverse and represented more students and departments than ever,” he said.

During the event, a preview of Meredith’s upcoming performance of Marie Antoinette was featured to advertise the production. Guests were also treated to a scene from La Casa de Bernarda Alba by Spanish dramatist Federico García Lorca.

Andressia Ramirez, ’19, aided in planning this event and played the character of Bernarda in Lorca’s play. “Participating in this event allowed me to perform in my native language,” said Ramirez. “I hope to see this amazing event continue because it specifically celebrates the diversity here at Meredith and lets us showcase the richness of different cultures.”

From poetry readings and singing, to previews of an upcoming theater performance, the night was full of diverse talents. “One new thing was the incorporation of less classically artistic art forms,” Machelidon said. “One student chose to rap. It was superb and we need to continue to be open to other art forms.”

The foreign languages department plans to continue hosting this annual event and hopes to include other departments within arts and humanities and to invite even more students to participate.

“It’s important for students to see that what they learn in the classroom exists in real life,” Machelidon said, “We all use our language skills in different ways throughout our lives and this is a showcase of that.”