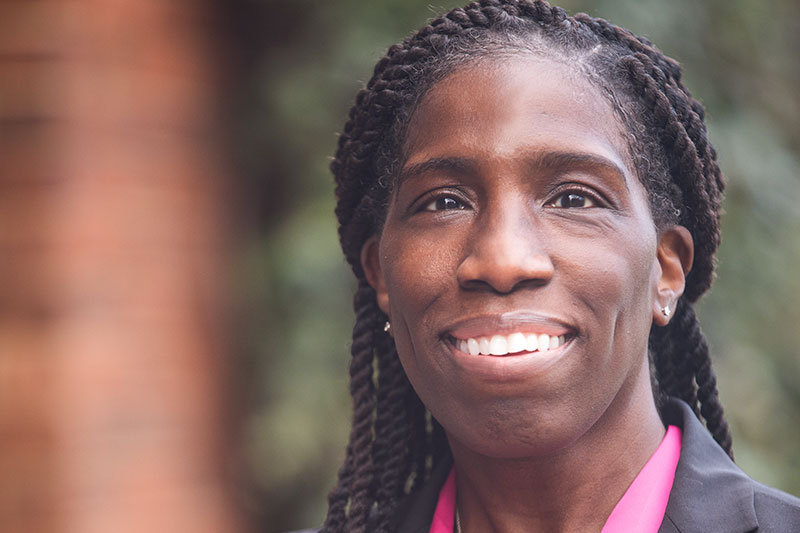 After a national search drawing more than 60 applications and nominations, Jackson emerged as the top candidate, with an extensive background in higher education finance and administration. She has a track record of negotiating better financing terms for the institutions she has served. She has also successfully implemented short- and long-term financial plans, overseen major construction projects, and provided leadership and direction for human resources, technology services, business services, and facilities management areas.

“In addition to her financial acumen and leadership skills, one of the things that impressed us the most about Tammi is her commitment to students,” said President Jo Allen. “Her philosophy that a college’s business and finance division exists to help support the academic development of students was evident throughout the interview process.”

Jackson’s previous experience includes serving as deputy general counsel for fiscal and risk management and compliance for the National Bar Association and as vice president for finance and administration for Dominican University of California, Goucher College, and Mills College, a noted women’s college in California. In these roles, she earned a reputation as an astute financial professional, excellent communicator, transparent collaborator, and effective manager.

Joining the executive leadership team at Meredith fulfills a goal that Jackson set while pursuing her doctorate.

“I wanted to be able to use my experience, knowledge, and skills at a liberal arts institution where I could be most impactful,” Jackson said. “When I reviewed the position description for this role, I was excited that I could bring my years of experience and leadership to Meredith.”

Jackson noted that Meredith’s mission and vision align with her personal beliefs. “I wanted to be a part of an institution that was educating women for a global world; that supported intellectual freedom and academic excellence and that values integrity.”

Joining Meredith at a time when the College has launched a college-wide initiative on anti-racism was also an important factor for Jackson.

“During the most recent tumultuous times when the world was experiencing a ‘wake up’ call on race relations, it was important for me that the institution that I wanted to be a member of could not only appreciate and support such racial calls, but that it be one that wanted to leave a mark in this world,” Jackson said. “Thus, the College’s stance on supporting Black and Brown lives resonated with me as a Black woman in this world. I was impressed that Meredith continues to support this initiative and is taking active steps in recognizing that diversity and inclusion enhance the fabric of our community.”