Class of 2004 Building their Legacy 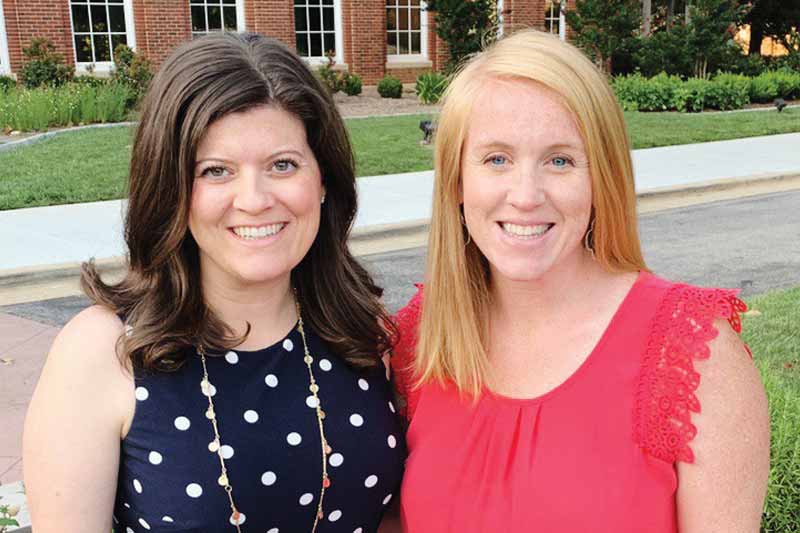 “I have enjoyed getting to know classmates I did not know while in college,” says Lowry. “An alumna once told me that classmates who show up for reunions will show up their entire lives, so you better get to know them because they are going to be your friends until you are old ladies together. I’m looking forward to growing older with these women.”

Lowry says her class has been successful because of several strategies she and her co-agent, Emily Cox Mitchell, ’04, have implemented. First, having a very active Class of 2004 Facebook group where everyone is encouraged to post has definitely helped keep people engaged.

Lowry and Mitchell also maintain a monthly newsletter filled with College news, giving updates, and spotlights on classmates. And in December, classmates are encouraged to post a photo of their family to update everyone for the year.

In addition, Lowry and Mitchell have organized classmates into their friend groups and have one or two people in charge of contacting their group to encourage giving throughout the year, especially on Giving Day and during Meredith Mayhem.

More recently, the class wanted a tangible goal to work toward so they decided to name a bench located around the Elizabeth Triplett Beam Fountain in front of Johnson Hall. During that fundraising effort they encouraged everyone to think about how much they were giving and Lowry said her hope is, in the next five years, that more classmates will not just donate but will give more generously to make a lasting impact on campus.

“My college experience was nothing short of a gift and the ultimate privilege. It is our duty to ensure future generations of Meredith women are lifted up and given the same opportunities.”