Building on Success in Design Field 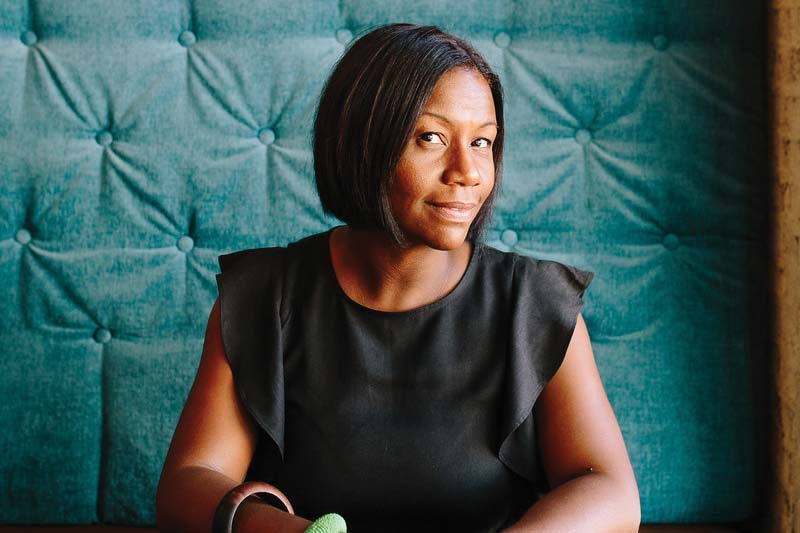 While working in litigation for a law firm in 2002, Alicia Hylton-Daniel, ’08, experienced a house fire, caused by a faulty fireplace. That challenging experience inspired her journey to return to college and pursue a second degree in interior design.

“I wanted to know as much as [the insurance company] knew, but I also liked design,” said Hylton-Daniel. “I researched what skills I had and what my passion was, and it landed on interior design.”

She gained years of experience working as an interior designer at HagerSmith Design and a project manager at MHAworks. Now, Hylton-Daniel uses both talents in her new venture of business ownership. In the summer of 2017, she started Hylton-Daniel Design + Construction, and seems to be breaking into her new job title well.

“I get to be my own boss and wear many hats,” said Hylton-Daniel. “I like that I have control over the kind of work I’m taking, and I get to pick the projects I really want to work on.” Most of her projects consist of building or renovating homes and restaurants, including a project that she is working on with HGTV.

On an average day, she can be found buzzing to and from job sites to manage projects, studying floor plans, gathering supplies from hardware stores, meeting with clients, visiting vendors, troubleshooting problems, and handling any other issues that light up her phone.

Although Hylton-Daniel now has more control over her career, she admits that running her business has its challenges. “As a designer it’s conveying the services of interior designers. We’re more than decorators, we’re the interior architects,” said Hylton-Daniel. “For general contracting, [it’s challenging] being a woman contractor around mostly men, but it makes me stronger.”

Hylton-Daniel credits Meredith with helping her find her passion. “Meredith was supportive of me being a mother, and the professors were so friendly and approachable. The classes were very practical, and the internship programs were really valuable.”

Hylton-Daniel has been on the cover of Durham Magazine and has had several of her spaces featured in publications like The News & Observer and Architects + Artisans.