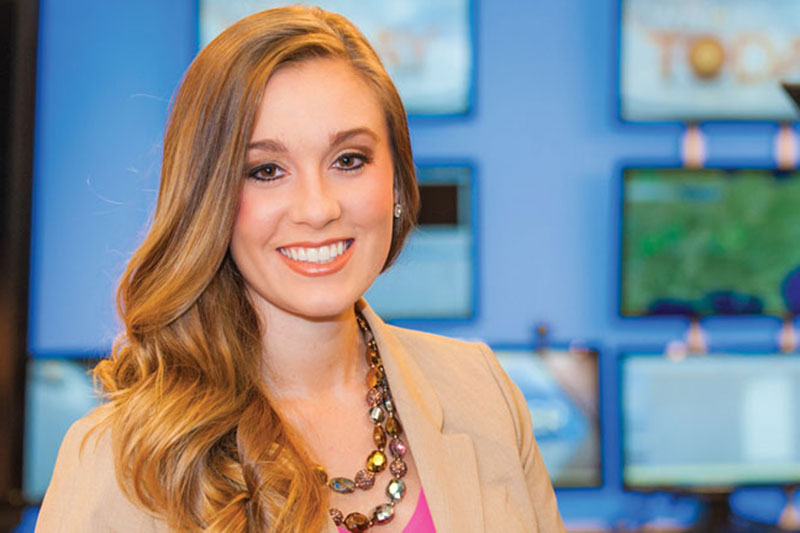 As a senior at Meredith, Shantel Jordan, ’16, was already on her way to achieving her aspiration to be a sports reporter on a national network.

“My major goal is to become a sideline reporter on network television one day,” Jordan, a mass communication major, said. “When all is said and done, I hope to have covered a Super Bowl, Stanley Cup playoffs, and the NBA finals, and to have an Emmy on my shelf.”

As a way of working toward that dream, Jordan completed internships with local news stations and worked as the team reporter for NC State men’s basketball and football during her junior and senior years.

Armed with this experience, she was hired as a production assistant with Time Warner Cable (TWC) Sports Channel in the Raleigh market.

“I knew this job opportunity would be a great experience, a way to really dive into the production side of television and form a better understanding of what goes on during a live broadcast,” Jordan said.

Her hard work paid off, and soon TWC Sports hired Jordan to be an on-air sideline reporter. She began this job with a fulltime schedule as a Meredith student.

Jordan said her experience at Meredith was a positive one.

“My professors were supportive of my goals, always encouraging me to stay on top of my schoolwork while juggling reporting jobs, internships, and a full course load,” Jordan said. “I chose Meredith because of the smaller class sizes and the learning environment.”

Jordan praised her professors for bringing their professional insights into the classroom – insights she continues to use today as a national account executive.

“Our professors took the time to teach us more than what is written in our textbooks,” she said. “The courses I took gave me a deeper knowledge of the industry and prepared me for the real world.”