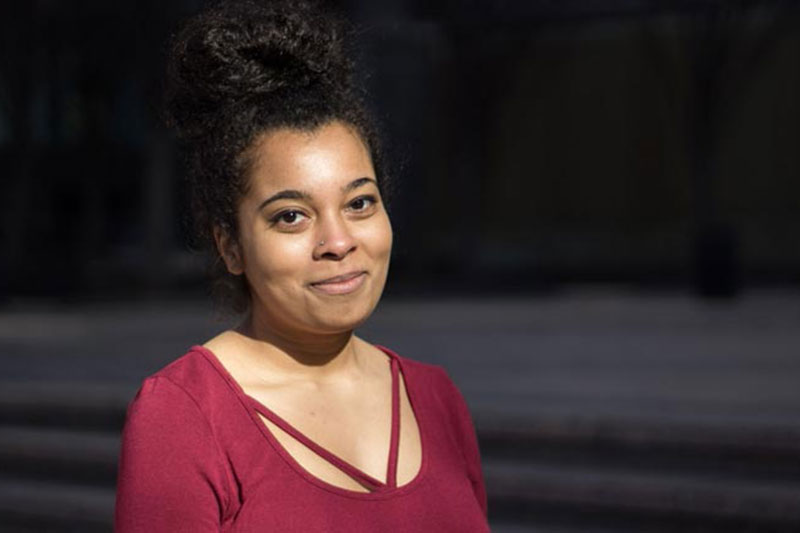 Melissa Jenkins, ’17, wants to make a difference in the world. The social work major has been empowered by her Meredith experience and knows she has the skills needed to do just that.

Through Meredith’s StrongPoints program Melissa was able to identify her strengths, which she said played a role in her choice of social work as a career.

“I enjoy watching others grow and define themselves,” Melissa said. “When clients advocate for their needs, social workers have the chance to see the impact the profession can make on a personal, and fulfilling, level.”

Melissa has served abroad in Belize, been an admissions ambassador, and completed leadership opportunities. She has also conducted three undergraduate research projects, something she said she didn’t envision for herself when she arrived at Meredith. Each of the projects was outside of her major.

“If anything, this shows how incredible Meredith is in allowing students the opportunity to investigate topics of their interest,” Melissa explained. “I’ve worked on a humanities/environmental sustainability-focused project, research on religious diversity in the workplace, and on Meredith’s report on the Status of Girls in North Carolina.”

“Better Together has allowed me to meet so many individuals from diverse religious backgrounds, especially through three annual Interfaith Leadership Institute conferences in Atlanta,” Melissa said. “Sisters United has opened my eyes to the gravity of human trafficking, particularly in North Carolina, and my position in the club exposed me to the importance of being resourceful.”

Through Sisters United, Melissa has met with local governmental agencies and nonprofit organizations that educate the community and provide services for human trafficking survivors. She is hopeful that these connections will continue for future students.

After Meredith, Melissa will attend UNC-Chapel Hill’s Master of Social Work program. She has already gained hands-on experience through the Meredith Autism Program and an internship with the Triangle Down Syndrome Network.

“It is such a joy to work one-on-one with a child and see his or her progress throughout the semester,” Melissa said. “I foresee myself working with the intellectual/developmental disabilities population during my time in graduate school and perhaps for my career.”