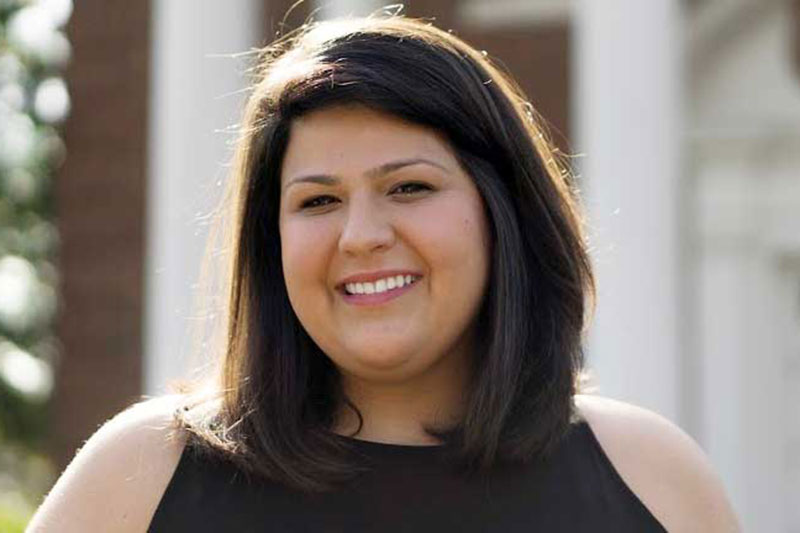 Megan says as a freshman she would not have described herself as a leader. After four years at Meredith, she has changed her view of herself.

“I’m a confident leader because I have learned from others who are confident and patient leaders,” Megan said. “These leaders have been professors, roommates, advisers, and peers.”

She also now sees herself as an advocate for the importance of music education.

“As I have reflected on my own music education, I have realized the immense value of good music teachers,” Megan said. “If I hadn’t had the kind of music teachers I did growing up, who told me the potential and gifts they believed I had, I would have grown up thinking I was inadequate.”

Meredith’s music faculty have been an essential support system for Megan.

“I owe so much of who I am to the many incredible professors I have had. Often I am amazed by the way they present content in the classroom and how intentionally they teach,” Megan said.

The music department at Meredith is a “judgment free zone” that focuses on skill building, which has allowed Megan and her fellow music students to flourish.

“My experience has been full of ups and downs, and I have failed and succeeded many times. I am extremely thankful for all the times I have failed at something,” Megan said. “I wouldn’t be the student, educator, or musician I am today had I not struggled.”

Along with her music education degree, Megan is earning K-12 licensure. Her career plan is to be a music teacher and to do for future students what her teachers did for her.

“I want to go somewhere that needs me – I want to teach in a place that needs a passionate music teacher,” Megan said. “I will always be an advocate for music education because I believe all students deserve to know just how capable and smart they are at a young age. This will be the theme in my future classroom.”

At Meredith, she gained the skills to help her reach this goal. She has been a member of the Meredith College Chorale, holding the position of alto section leader, and has had a three-year internship as student conductor for the Capital City Girls Choir.  She’s also held leadership roles in Meredith’s music organizations, including serving as president of the College’s chapter of the American Choral Directors Association (ACDA).

“Meredith has prepared me to go places many don’t, to do the hard and needed work, and to do it humbly,” said Megan.