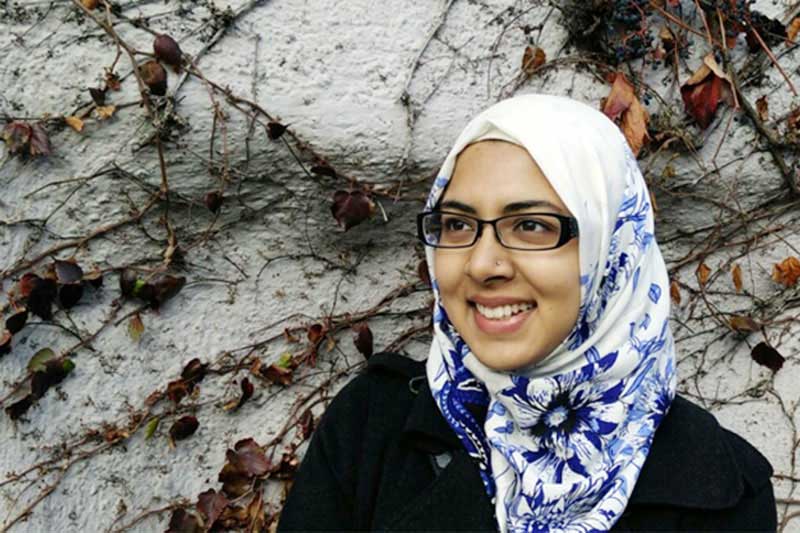 Maryam Ahmed, ’17, has utilized one of her greatest strengths by assisting with causes about which she is passionate. Her sense of compassion has led her to get involved with many different issues and organizations that mean so much to her – homelessness, combating islamophobia, interfaith work, domestic violence, and advocacy.

An impactful moment for Maryam was when she was the president of the Muslim Student Association and organized a memorial service for the Muslim students who were shot and killed in Chapel Hill. Knowing that she had full support from the Meredith administration, peers, and the whole Meredith community made her appreciate the sisterhood even more.

“It is a blessing that I received this abundance of support for an incident like this during my undergraduate career,” said Maryam. “I realized that it takes a village to get through college.”

The summer after her sophomore year, Maryam completed a research experience for undergraduates (REU) at North Carolina State University in applied math. She described it as being an educational experience because, “my mathematics and computer science classes helped me, but at the same time so did my critical thinking skills that come into play in many of Meredith's undergraduate classes.”

Born in Connecticut and raised in Raleigh, Maryam is an Honors Scholar and a Pascal Scholar. She has been a part of Alpha Lambda Delta, Kappa Nu Sigma, and Pi Mu Epsilon, where she served as vice president. She also served as president of Silver Shield and holds offices in the Canaday Mathematics and Computer Science Club and Better Together.

Maryam has accepted a job with Genworth Financial Mortgage where she will begin an IT rotational program. During her rotations, she will work in different roles such as networking, security, analytics, application development, and many others.

“Attending Meredith has helped me develop confidence in the power of my intellect and strength of my conviction, which has and continues to motivate me along with propelling me through every opportunity and/or challenge I have been granted,” said Maryam.