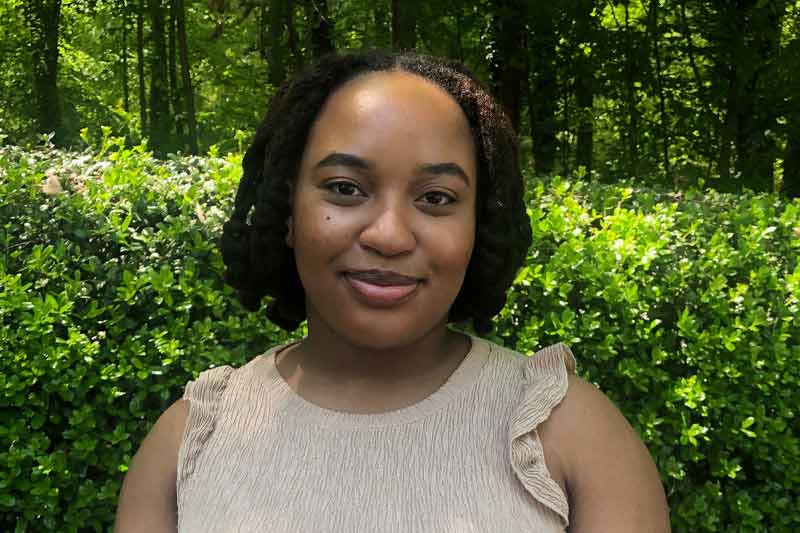 Jasmine Lewis, ’21, a double major in family and consumer science and psychology, said she has learned how to be more authentic to herself during her time at Meredith.

“I have learned so much about myself in college; in short I would say that I’ve learned to fully accept myself and strengthen my discernment, which allows me to live as authentically as possible.

My strengths are all relational: Empathy, Relator, Harmony, Connectedness, and Developer. I use my strengths on a daily basis at Meredith such as in the classroom and in my role as vice president of Meredith Association of Family and Consumer Sciences.

I have had times when my strengths empowered me. I completed an internship during my junior year, amid the pandemic. My role for the internship already used all of my strengths, but the pandemic amplified it. I had to become even more empathetic to my co-workers and strive for a harmonious environment, as best we could, as we all were experiencing a global crisis.

Being a transfer student was quite a challenge for me to overcome. My first semester at Meredith I commuted, which made it even harder to meet new people and make connections.

However, I involved myself in my two departments and so many organizations such as Black Student Union, National Alliance on Mental Illness, Association of Meredith Commuters, Meredith Association of Family and Consumer Science, and Phonathon. I was able to establish friendships with such a diverse group of people.

After graduation, I have plans to work in Human Resources. I am not yet sure as to where I will be performing this role, but I know I’ll have the meaningful connections I’ve established to carry with me after I leave Meredith.”