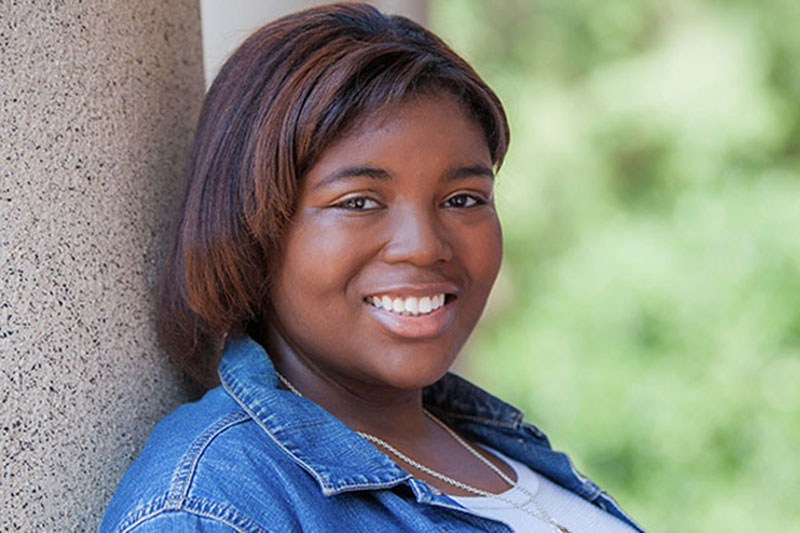 As a student at Meredith, Bri Crumbley, ’16, found her career path through a combination of her academic and extracurricular experiences.

Bri, who majored in sociology and religious and ethical studies, has been active at a national level in the Interfaith Youth Core (IFYC).

Associate Professor of Religious and Ethical Studies Shannon Grimes nominated Bri to attend the Interfaith Leadership Institute, an IFYC program. It was in Grimes’ class that she first encountered the concept of interfaith work.

“I remember sitting in [Dr. Grimes’] office and realizing the things I was reading in a book by IFYC Founder Eboo Patel were things I’d been thinking all along. Though I’d never heard the term interfaith, it just made sense to me.”

After attending the IFYC institute, Bri was inspired to transform Meredith’s Interfaith Council into Better Together, a campus organization that encourages interfaith cooperation.

“Better Together is a student group that focuses on coming together not necessarily to talk about religion but on the basis of our difference in background and worldview. We come together for the purpose of sharing experiences and talking about ways we can make our campus more inclusive.”

Through Better Together, Bri and a small team of student leaders have brought IFYC’s philosophy to life at Meredith. She continued to be involved with IFYC as one of only seven students nationwide chosen to be an IFYC National Youth Coach. After graduation, Bri will continue her interfaith work through her new job with IFYC, where she will serve as a student leadership associate.

“What is really special about what IFYC has figured out, is that it’s not about agreeing, it is about learning to disagree better. I think that should be what college is – you are exposing yourself to different ways of thinking, to new worldviews, to different ideas.”

“When I look at how much I’ve done, it was the support of faculty, staff, and other students that allowed me to study in two different departments, to work, to do research, to lead multiple organizations, and to travel for conferences. I’ve been given so much opportunity that I know I wouldn’t have had elsewhere.”