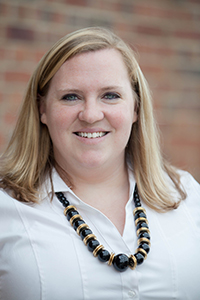 Dr. Whitney Ross Manzo is currently an Associate Professor of Political Science at Meredith College. She also serves as the Pre-Law Adviser and Assistant Director of the Meredith Poll. She has previously taught at the University of Texas at Dallas and in the Dallas County Community College District.

Work Experience
Dr. Manzo holds a Ph.D. from the University of Texas at Dallas in Political Science and Methodology. Her general field is American politics, and her primary expertise is in the areas of public opinion, constitutional and electoral law, elections, and gender issues in politics.

Other Publications and Media Coverage

“The Real Hillary Clinton Problem,” with David McLennan. Published in The Washington Times, May 4, 2015.

Dr. Manzo is also a regular contributor to The Morning News on News Talk 770, and has been interviewed for NPR, AP, the Christian Science Monitor, and CQ Researcher.