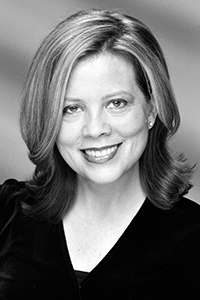 Margaret Evans is an award-winning teacher known for building students who play with depth of understanding, passion, beauty, and technical ease.  Her philosophy is to equip every student with the background and skills necessary to reach personal musical goals, whatever they may be. She has produced many winners of significant piano competitions at state and regional levels, and several winners at the national and international level. Her students have been invited to perform with orchestras, as soloists at national and state conferences, and in master classes; and they have been awarded numerous prizes and scholarships to noted music schools such as Oberlin and Eastman.

Dr. Evans has judged American piano competitions from coast to coast, including the Bartok-Kabalevsky-Prokofiev International, the MTNA, and the Harold Protsman Classical Competitions.  She has received five invitations to judge in Hong Kong.

Speaking engagements include the NCMTA State Conference (Banquet Speaker); the World Piano Pedagogy Conference; and talks for many professional organizations throughout North Carolina.  Topics include: Preparing a Semi-finalist for the Van Cliburn International Piano Competition for Outstanding Amateurs;  Mastering Memory;  Developing a Healthy Piano Technique; Preparing Students to be Piano Majors in College; What’s Working Now;  and Success with Concertos.

Research The Water Music of Liszt, Ravel, and Debussy The Piano Concertos of Mozart and Beethoven Dr. Evans has also worked with technique specialist Sheila Paige. Since 2007 she has sponsored Ms. Paige in six four-day residencies at Meredith College. These reside

Voted Raleigh Piano Teachers’ first “Teacher of the Year,”  2011.   In 2013, was one of only three teachers nationwide recognized by Florida State University for “Excellence in Teaching”  (at its first annual “Excellence in Teaching Symposium”).    Elected to Phi Beta Kappa;  Who’s Who in America’s Teachers;  Who’s Who in Academia; and Pi Kappa Lambda.