Head of Department of Dance and Theatre, Professor of Dance

Carol Kyles Finley is an award-winning professor, dancer, and choreographer. She currently serves as Professor, Director of Dance, Department Chair of Dance and Theatre, and Artistic Director of Meredith Dance Theatre.

Her works for camera have been screened at Sans Souci Festival of Dance Cinema, Toronto’s Moving Pictures Festival of Dance on Film, the New York Dance Films Association Festival and Tour, Festival Riccione in Italy, Wexner Center for the Arts, Goose Route Festival, and ODC Theatre in San Francisco. She has served as guest artist at North Carolina State University, James Madison University, Florida State College at Jacksonville, middle and high schools across North Carolina, and on the board of directors of the North Carolina Dance Alliance.

Locally, she directs the Carol Finley Dance Group and regularly serves as a guest teacher and judge for the NC Governor’s School.  She recently received the Pauline Davis Perry Award for Research/Artistic Achievement at Meredith College and an Independent Artist Grant from the United Arts Council of Raleigh and Wake County; In 2015 Finley served as an adjudicator at the ACDA East Central Conference.

One of Finley’s greatest joys as a professor are the moments when she can empower a student to pursue her passion in dance. Watch her Strong Story video to see how she teaches students to build on their individual strengths.

MFA in Dance, Choreography from The Ohio State University 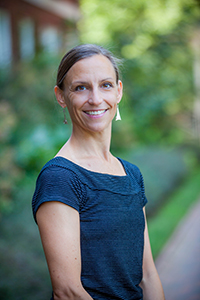