A study of the canonical literature of the Jewish and Christian traditions. This course will explore how this diverse body of literature relates to its social and historical contexts. The focus will be on acquiring tools from a variety of academic approaches to reading the Bible. This course will enable students to understand how interpretive choices have been made in the reading of biblical texts and to reflect on how diverse ways of interpreting the Bible have shaped culture and continue to do so.

This is an introductory course in ethical reflection which explores contemporary social issues from a variety of religious and philosophical traditions. Issues covered pertain to personal concerns such as sexuality, marriage, and reproduction, as well as broader societal issues regarding our economic lives and the environment.

An introductory study of selected topics within the area of religious studies as determined by faculty expertise and student interest. Topics may take a thematic, historical or comparative approach within the following areas: religion and culture, religion and society, religious ethics, religious thought and sacred texts. The course may be repeated for credit.

RES-201: Philosophy and the Meaning of Life

An examination of issues common to human experience, such as the nature of reality and the self; theories of knowledge and values; and concepts of fate, free will and justice.

RES-220: Ethics of Love and Justice

This course is an introduction to the historical development of ethical thought in the western philosophical and religious traditions. It is organized around the central themes of love and justice as addressed by major thinkers from the ancient past to the present. Students will explore various interpretations of the nature and demands of justice in conversation with the different roles that love and emotion are seen to play in shaping ethical commitments and practices.

The course focuses on methodological issues associated with comparison in the academic study of religion and theological approaches.  The role of comparison in interfaith dialogue will be emphasized throughout the course.  Examples from a variety of religious traditions about relevant social issues will be used to reiterate methodological concerns and to expand student knowledge of the variety of approaches to moral and ethical decision making in different religious traditions.

This course explores religious meaning in moving images (film or television).  It will consider a wide variety of sources – from independent to mainstream Hollywood blockbusters, to television shows and mini-series – and will provide students with background knowledge of a variety of ways religious meaning is constructed and explored in films and television.  After introductory readings on film theory, students will critically assess the form and content of films and/or television shows selected from different eras, cultures, or religious perspectives to explore how the moving image can give rise to religious meaning.

Judaism, Christianity and Islam trace their roots to one biblical ancestor: Abraham. This course delves into a comparative study of the beliefs, practices, and social concerns of the Abrahamic religions and examines constructive methods of interfaith dialogue.

This course introduces the major religions of India, China, and Japan, including (but not limited to) Hinduism, Buddhism, Confucianism, and Taoism. Students will develop a cross-cultural understanding of religion by engaging in a comparative study of beliefs, practices, and sacred texts of these Asian traditions.

A study of the development and diversity of early Christian life and thought as reflected in literature spanning from the New Testament letters of Paul to the writings of St. Augustine in the fifth century. Topics will include the spread of Christianity and the formation of the early church; persecution and martyrdom; heresy and orthodoxy; women's roles; social issues; asceticism and sainthood.

This course consists of an internship in fields related to religious or ethical studies or both. The student will evaluate the experience under the guidance of an RES faculty member. An internship proposal form completed by the student and faculty mentor is required for registration. Pass/Fail only.

This course explores women’s attitudes, beliefs, and practices within their religious heritages through written descriptive studies based almost entirely on Fieldwork research.  Ritual, leadership roles and religious experiences of women across a wide range of cultures will be examined.

A study of beliefs, images, and stories about sin and evil in the religious traditions of Judaism and Christianity, focusing around the figure of Satan and patterns of belief and disbelief in Western religious history.

This course investigates the presence of religious concepts and themes in a variety of literary forms, as well as the presence of literary themes and devices in religious works. Course readings will draw from different time periods and cultures and include myth, history, parable, short stories, essays, oral narratives, poems, and novels. This course meets the general education literature requirement.

RES-299: Introduction to Research in Religious and Ethical Studies

This course explores the intersection of religion and pop culture, focusing on religion in pop culture and pop culture as religion.  The relationship between religion and culture is explored through a variety of theoretical lenses with examples being drawn from American pop culture (TV, music, internet, and film).  Students will be challenged to read popular culture “texts” through a critical lens that takes into account issues such as ideology, Americanization, and racial, gendered, and sexual identities.

This course explores the ethical implications of topics related to wellness and health from the perspective of practitioners, patients, and researchers. Topics typically include gender, sexuality and reproduction; end of life issues and care; mental health; and research ethics.

Students will be introduced to a variety of approaches to environmental ethics and their practical application to current environmental concerns, such as population, consumption and waste, climate change, food ethics, sustainability, and responsibility to future generations. Particular attention will be given to the ethical challenges of weighing competing interests and claims.

This course focuses on the ways in which religion and human culture intersect. We will look at such themes as myth, symbol, magic and ritual and see how they contribute to the formation of human societies. Students will engage in a local field research project to learn how anthropologists study religion. Also offered as SOC-346.

RES-351: Jesus and the Gospels

This course examines the varied and multiple ways that Jesus is portrayed in the New Testament gospels and other Christian gospels. The modern quest for the historical Jesus is a focal point of this course, and students will examine a variety of historical, literary and theological problems posed by the gospel texts and the quest. This course meets the general education literature requirement.

This course examines both historical development and contemporary themes in Christian thought and ethics. How have Christian beliefs about God, humanity, love, and justice influenced moral teaching on significant social issues including economic interests, race, gender and ecology? What are the ethics of individual human action, and what is the role of the church?

RES-379: Religion and Globalization in the Americas

This course will investigate the interconnections among religion, economics and politics in the Americas during four significant historical moments: conquest, slavery, independence/ industrialization, and the crises of the mid 20th century.

RES-385: Europe in the Middle Ages

This course will survey major developments in western Europe from roughly 400 CE to 1300 CE.  It will use primary and secondary sources to explore the growth of a distinctly European civilization upon its Judaeo-Christian, classical and Germanic roots, and will trace the expression of this civilization through its political, religious and educational institutions; its former religious thought and vernacular literature; its art, architecture and music; and its interactions with different cultures both within and beyond its borders. Specific topics covered will include the Germanic invasions, monasticism, the conversion of Europe, the growth of the manorial and feudal systems, scholastic thought in the universities, heresy and the crusades, the growth of representative government and others. Also offered as HIS-385.

This course will work primarily through class discussion of primary sources to understand the changes in outlook expressed in the Renaissance, the Reformation and the Scientific Revolution between the fourteenth and seventeenth centuries. In particular, it will focus upon the transition from medieval toward modern attitudes in areas such as historical and scientific thought, political and educational theory, philosophy, art, music and religious thought and practice. It will also address the economic, social and political variables that underlay these changes in intellectual life, as well as the impact that these ideas had upon European society. Students will be encouraged to explore individual interests from their own major fields and personal backgrounds. Also offered as HIS-387.

A study of selected topics within the area of religious studies as determined by faculty expertise and student interest.  Topics may take a thematic, historical or comparative approach within the following areas: religion and culture, religion and society, religious ethics, religious thought and sacred texts. The course may be repeated for credit.

This capstone course consists of an internship in fields related to religious or ethical studies or both. Under the guidance of an RES faculty member, the student will apply theories and methods from these disciplines to actual work in the field, evaluate her experience, and give a formal presentation. An internship proposal form completed by the student and faculty mentor is required for registration.Open to Junior and Senior RES majors. Pass/Fail only.

In conjunction with a faculty mentor, the student will formulate and conduct a research project that will culminate in a paper and a presentation. A research proposal form completed by the student and faculty mentor is required for registration. The project must meet Honors Program thesis requirements and conform to the thesis guidelines of the Department of Religious and Ethical Studies. Open to Honors students and Teaching Fellows during their junior or senior year. Prerequisite: 12 credits in RES or by permission of the instructor.

Curriculum requirements and course descriptions are subject to changes with each catalogue. 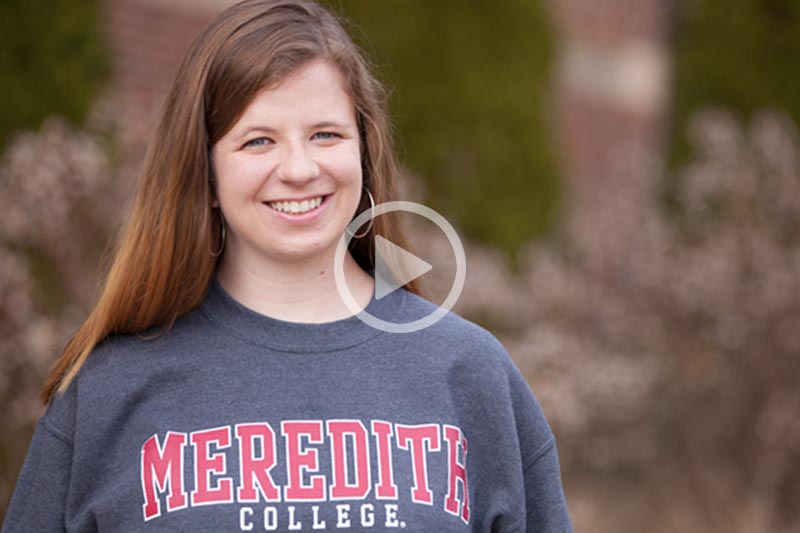