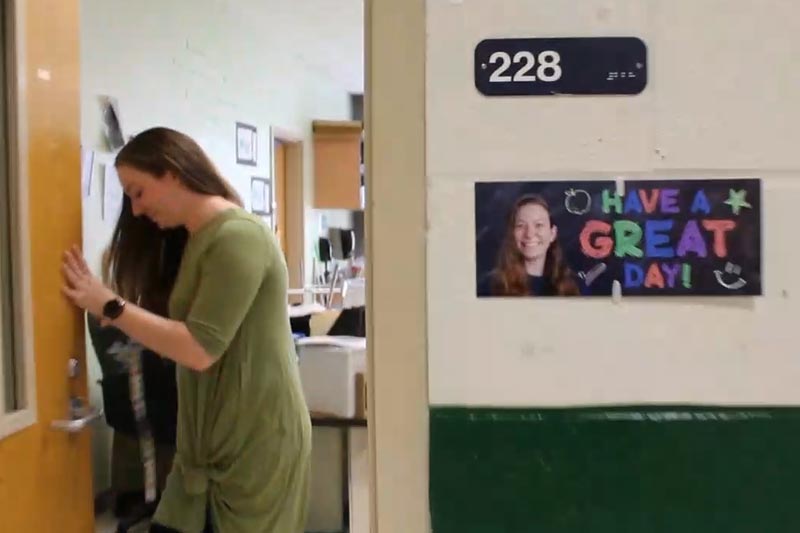 In a typical year, sometime in mid-April Meredith students who have been learning to tell stories through videos participate in a documentary film festival as part of Sociology Week. The course functions much like a lab connected to a science course. Students learn video production and editing techniques, and then students produce films that explore subjects from a sociological perspective.

This year’s film festival was not possible because of COVID-19, but instructor and videographer Paul Keys wanted to be sure his students benefited from the opportunity to share their final projects.

"Past students have said the film festival is one of the best parts of the class, so we really wanted to try to replicate that the best we could,” said Keys.

Activism, Then and Now 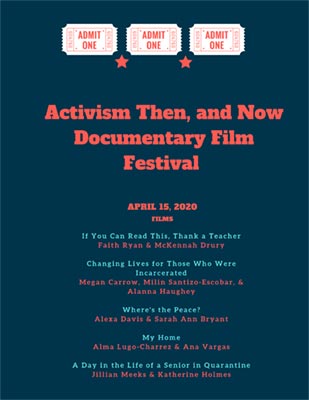 The topics for this year’s set of films related to an overarching theme: Activism, Then and Now. Each year, a “Common Experience” theme guides many special projects, lectures, and research within the School of Arts and Humanities.

The films broached activism efforts related to a range of issues, including incarceration of women, teachers, challenges facing a student with DACA status, and domestic violence.

Assistant Professor of Sociology Kris Macomber said the students’ work on the films was exceptional.

“The students have done a spectacular job of examining a complex set of issues and the critical work people are doing to address those issues,” said Macomber.

According to Keys, the fact that much of the class content had to be covered virtually made the quality of the students’ work even more impressive.

"I've taught this class several times before and this group was probably the most inexperienced in video production coming in,” said Keys. “But they really knocked it out of the park, especially considering they didn't benefit from more face-to-face instruction time and version reviews that past students have received. Top to bottom, this was probably this strongest group of projects so far."

Following the showing of the films, student filmmakers answered questions from attendees, who also shared comments on Zoom’s Q&A. Feedback from all who participated was overwhelmingly positive.

Macomber said it was important that the film festival take place, even if virtually.

“I wanted to create a space to honor the students who have been working so hard this semester,” she said. “Their fortitude in telling these stories is inspiring.”