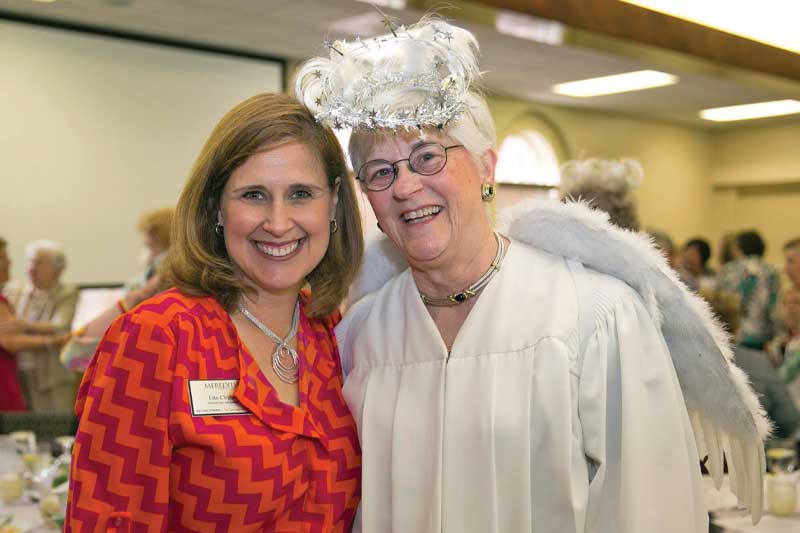 The class has given generously through the years and with a strong gift agent like Kearney cheering them on they have been very successful, endowing a scholarship, winning Meredith Mayhem two times, and funding and naming a bench in front of Johnson Hall. And yes, it has the “Perfect” class engraved on the bench.

“It is the nature of our class to want to win. We have a history of winning so for us it is easy to keep the momentum going and encourage each other,” says Kearney.

Kearney’s leadership has definitely helped keep her class engaged throughout the years. She worked at Meredith from

1966 to 2008 in admissions and enrollment planning positions. After her retirement, she became a class gift agent in 2009 as a way to stay in touch with her classmates.

“Working at Meredith gave me an appreciation of the importance of alumnae giving,” said Kearney. “It is important that we grow scholarships, fund facilities, and support the overall budget by giving to areas that we individually find important.”

Working in admissions has aided in her success as a gift agent because she had to write letters and promotional publications that were persuasive, as well as engage in telemarketing. But she is quick to credit her co-gift agents and their “Perfect” class with how they step up to give.

Kearney credits class relationships for their outstanding giving record. To keep her class connected she calls and writes a lot of letters and emails. Local area class members also meet for lunch monthly (thanks to Class Agent Joy Adams Lucas) and enjoy several NC Museum of Art visits each year (with classmate Rhonda Morgan Wilkerson as their docent). And after their 50th reunion, a small group stayed in Meredith’s palazzo in Sansepolcro, Italy. All of these things keep them connected to each other and to Meredith.

“I am proud of our class and our strong giving record. We always finish strong and I think we are beyond strong as a class.”