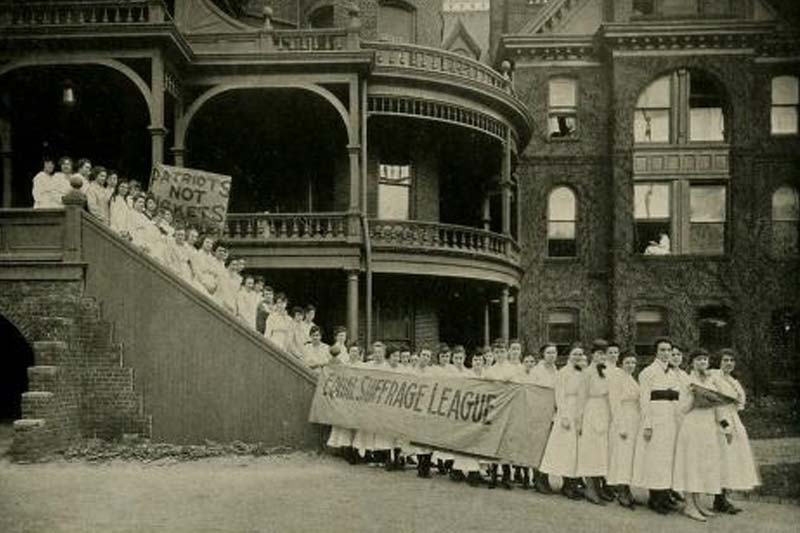 The Activists, an original devised theatre work created by Meredith College students to celebrate the history of the Women’s Suffrage movement, is now available for online viewing. The performance was recorded and made available online in keeping with guidelines to prevent the spread of COVID-19. View The Activists at https://vimeo.com/451578845

In the devised model, a theatre company begins without a script and follows a five step process of research, creation, development, rehearsal, and performance to produce a new work.

The Activists was produced during the Spring 2020 semester as part of Meredith’s commemoration of the 100th anniversary of the 19th amendment. The show was written by Meredith students, under the guidance of Meredith alumna and adjunct instructor Lormarev Jones, who served as the lead deviser.

“Our goal in producing this new work, using the devised approach to create theatre, is to support both the celebration of the 19th amendment as well as the School of Arts & Humanities’ 2019-20 theme of Activism, Then & Now,” said Professor of Theatre Catherine Rodgers, who directed The Activists. “This will expose our students to a new genre of theatre-making and hopefully bring to life previously unvoiced women’s stories in our nation’s history.”

The co-sponsor of this production is the League of Women Voters of Wake County. The piece features historical suffragist figures, current feminists, and students from the past and present day. The production focuses on the fight for a woman’s right to vote and discusses the unfair treatment of black women who were not included in the 1920 amendment. The Activists also explores the fight to pass the Equal Rights Amendment beginning in the 1970s.