Supporting Students at Home and Abroad 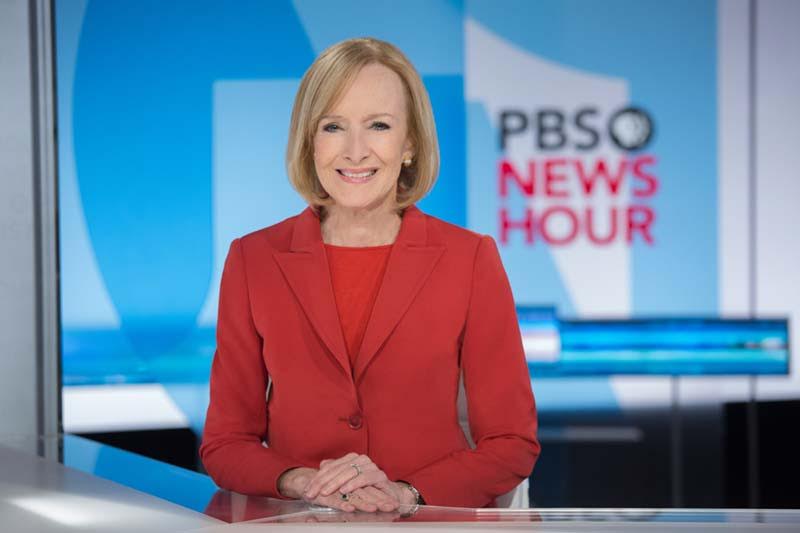 For three decades Americans have watched Judy Woodruff, ’68, on television interviewing countless world leaders, politicians, and influencers. She has covered the news on PBS, CNN, and NBC, and today is anchor and managing editor of PBS NewsHour. Her career in broadcast journalism is truly impressive.

When she applied to Meredith, Woodruff knew from North Carolina relatives the College had a good reputation.

“I liked the idea of a woman’s college,” said Woodruff. “I wanted to spread my wings and go somewhere out of state, since my friends were mainly staying in-state. I wanted a different experience.”

“Happer captivated my mind. She was so interesting and got everyone so excited,” says Woodruff. “I have stayed in touch with her through the years.”

She credits Meredith College with getting her career started. She received a much needed scholarship to attend Meredith and, in 2002, she established the Judy Woodruff Scholarship Endowment Fund to provide support for students in northeastern North Carolina, where her father grew up. She knew there was a need in that area and said if her gift can help a young woman attend college, she is thankful.

Her career has taken her all over the world, but she also spent part of her childhood in Germany and Taiwan, when her father was in the military. She sees how the world is getting smaller and smaller and how important studying abroad can be.

“People need to be well-rounded citizens of the United States. We work with people of different origins, and they are our neighbors. It is important to expose students to other parts of the world,” says Woodruff. “That is why I wanted to establish a planned gift, the Judy Woodruff Travel Endowment, to provide scholarship support for students studying in Asia, Africa, The Middle East, South America, or Central America.”

Most of all Woodruff wants students to know they will be lifelong learners who should not be afraid to try new things, overcome adversity, and put their minds to what they want to accomplish. She encourages others to remember the place that gave them so much.

“Meredith made a difference in my life because of the scholarship I received. It enabled me to attend,” says Woodruff, the Beyond Strong Campaign honorary co-chair.  “The campaign is helping students’ lives now and everyone can give. All gifts count.”

Woodruff attended Meredith College from 1964-1966 before earning her bachelor’s degree at Duke University.