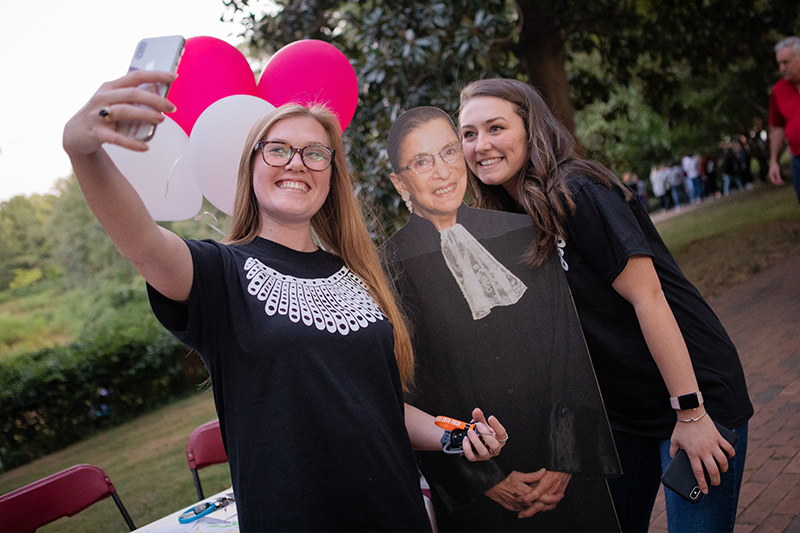 On Thursday, September 19, the Alumnae Association, Summer Reading Program, and Resident Housing Association sponsored a public screening of the documentary RBG on campus.

Guests were invited to the McIver Amphitheater to enjoy popcorn donated by Aramark, as well as ice cream provided by Two Roosters and food provided by the Bull City Street Food Truck. Many guests arrived early to have a picnic style dinner before the screening began. 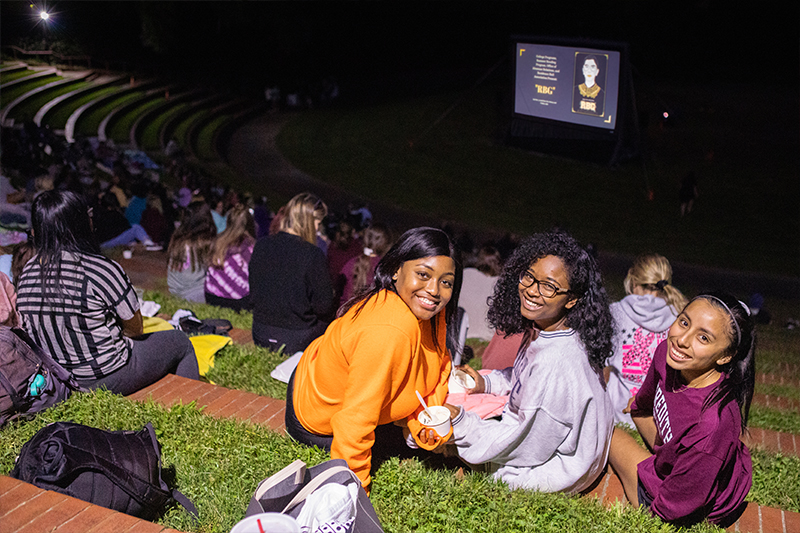 Ginsburg, the second woman to serve on the United States Supreme Court, was in conversation with Meredith College alumna Suzanne Reynolds, ’71, the first woman to serve as dean of the Wake Forest University School of Law. Known nationally for her expertise in family law, Reynolds was a principal drafter of statutes that modernized the laws regarding both alimony and adoption. She is the author of a three-volume treatise on North Carolina family law that has become the authoritative source for law students, lawyers, and judges.