Mistakes Were Made: Returning to the Classroom After Study Abroad 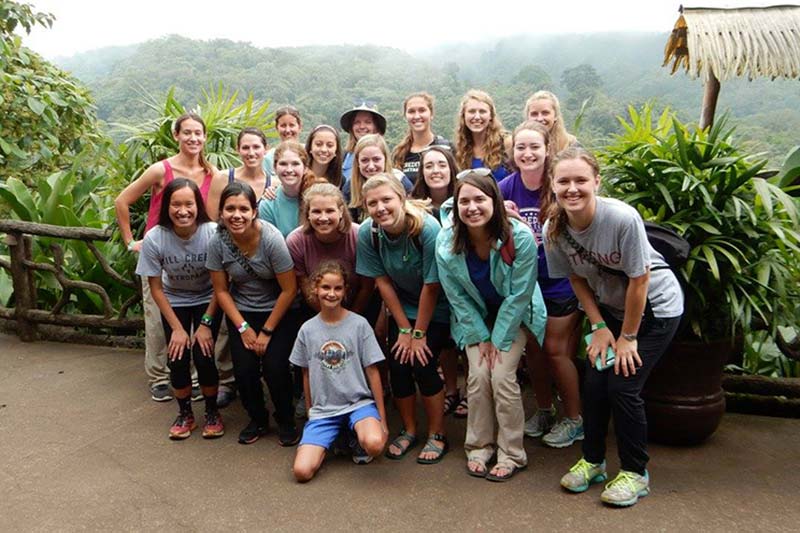 On the first day of my Spanish conversation class while studying abroad in Costa Rica, my professor entered, introduced herself, and said (in Spanish), “I have three rules. One, I want you to have fun. Two, I want you to participate. Three, you are not permitted to speak English during class time.”

I was taken aback by this statement because I had never been in a classroom setting where I could not use even one word of English. I was not sure how this kind of learning would be successful with my level of vocabulary. However, I soon realized the root of my fear: I was afraid of making mistakes, especially out loud, in front of people, in my non-native language.

As the weeks passed, though, I could almost feel that barrier in my mind loosen. At the beginning of the course, I had been hesitant to offer my opinion because I felt incapable of expressing my thoughts without the correct words or grammar. By the end, I could ramble for several minutes about complicated subjects. I even explained the 2008 U.S. housing crisis in Spanish!

When I returned to the United States, I assumed that because I was no longer fully immersed in Spanish that I would return to my Spanish classes at Meredith as the student I was before studying abroad. On my first day of classes, I was in for a surprise. I could understand almost ev

erything my professors were saying in Spanish, and, most importantly, I felt more empowered to speak Spanish in the classroom. I knew that even if I made mistakes, I was learning more than I was messing up.

Before leaving for Costa Rica, I specifically remember thinking that presenting in Spanish to a classroom would be the most terrifying experience possible. On one of my first days back from Costa Rica, I was assigned a five minute presentation in one of my Spanish classes and I did not feel nervous at all.

Studying abroad in Costa Rica gave me the confidence to set aside the language I’ve been communicating in my whole life in order to learn a new one. The courage I gained has carried over into my Spanish classes at Meredith in tremendous ways. Mistakes were made, and I am a better Spanish student because of it.