Meredith Tennis Has Brighter Future Thanks to LED Lighting 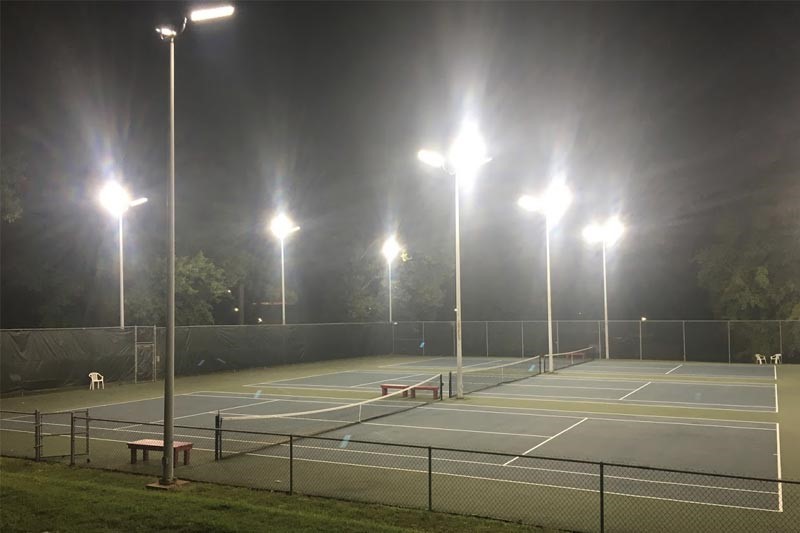 The Meredith tennis courts are looking brighter these days, thanks to all-new LED lighting.

The previous metal-halide lighting fixtures used 1,000 watt bulbs that required constant maintenance, used a lot of energy, and were overloading the power circuits.

Thanks to the new LED fixtures, the power per fixture was reduced by 55%, to 450 watts, which eliminated the overloading of the circuits, provided brighter lighting, and better color rendition, making it easier to see the ball. The LED lights also feature instant-on capability, as opposed to the metal halide, which took several minutes to reach full brightness.

In addition to the Meredith tennis team, the courts are frequently used by students, faculty, and staff, plus outside groups such as the Raleigh Tennis Association.

The tennis court relighting project is a visible demonstration of Meredith’s continuing efforts at energy conservation, and sustainability.