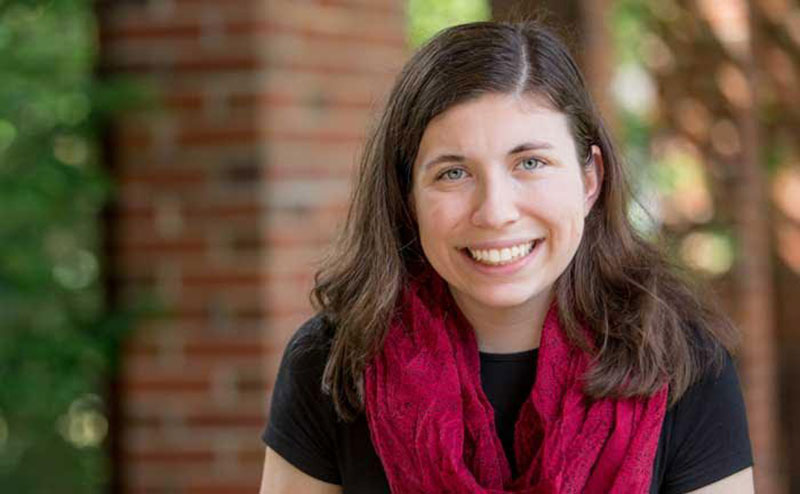 Meredith student Briana Landis, ’19, has been named the 2018 Palmer Award recipient by LeaderShape. Landis is a biology major from Mooresville, N.C.

Landis attended Meredith’s LeaderShape Institute, a six-day leadership program that "challenges participants to lead with integrity™ while working towards a vision grounded in their deepest values."

The Palmer Award is provided each year to a LeaderShape graduate who participated in a national or campus-based session of the LeaderShape Institute during the previous year. The award is given to recognize the achievements of those individuals who have demonstrated their commitment to bringing their vision to reality after attending their session.

“My vision was short and sweet: ‘Create a world free of Multiple Sclerosis’. Attending the LeaderShape Institute helped me to realize the steps that I could take as a young college student that could still make an impact on my vision,” said Landis, who was diagnosed with M.S. at age four.

She further developed her LeaderShape vision to include talking with government officials about the importance of research funding for M.S. She has made much progress toward her goal, by meeting with North Carolina representatives, including the governor, and being invited by the National M.S. Society to visit Congress to speak on the organization’s behalf. She is now preparing for a return trip to Washington, D.C., to meet with congressional representatives again.

Landis is honored to have been recognized by LeaderShape for her work.

“This award means the world to me. Any opportunity to spread awareness about M.S. is wonderful,” Landis said. “Through this Meredith opportunity, I learned all the skills to help me achieve my goal of getting us one step closer to a cure.”

Meredith will host another LeaderShape Institute in 2019. Landis encourages students to sign up.

“I truly cannot state enough the impact that LeaderShape had on my life,” Landis said. “I never in a million years would [have thought] that I could speak to Congress, yet here I am prepping for my next trip in March.”