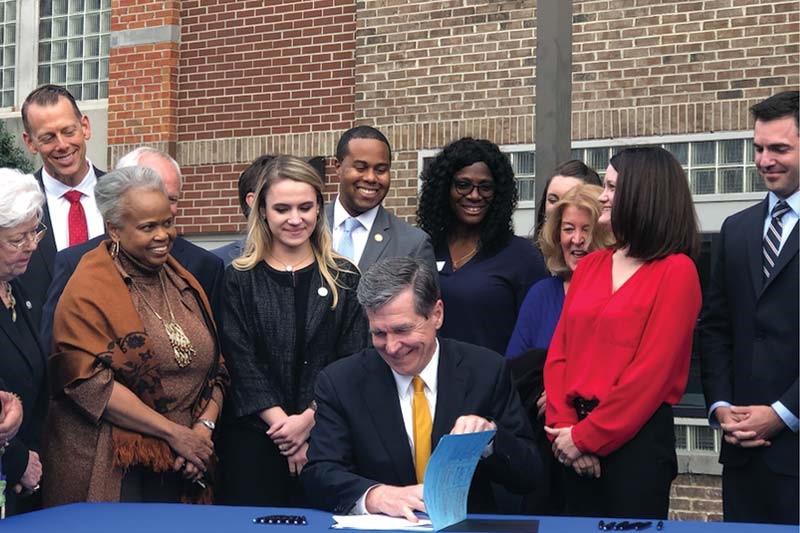 The bill included closure of what had become known as the consent loophole. “No longer is North Carolina the only state where women do not have the right to revoke consent once intimate contact has started,” Powell explained. “This is a huge step for survivors, too, who often feel the system does not support them.”

During the bill signing, Powell spoke about how she learned about the consent loophole and Meredith College’s role in bringing attention to the issue.

“I learned about the consent loophole while doing research for a paper for my Intro to Government class my freshman year,” said Powell, a pre-law student. “I was shocked that this loophole could exist in this day and age. As strong women, [Meredith students] wanted to do what we could to help.”

“She was fired up. I said, before we storm the gates of the legislature, why don’t we see what is being done on this issue currently?,” Manzo said. She contacted Meredith Assistant Professor of Sociology Kris Macomber for assistance because sexual assault is one area of focus in Macomber’s research.

Macomber believes changing the laws are an important step for the state. “Given the prevalence of sexual violence in our culture, the laws we put in place to prevent and address it are critical. Closing the withdrawal of consent loophole is an important step in moving North Carolina forward to join the rest of the country in declaring the importance of consent.”

Macomber recommended working with the North Carolina Coalition Against Sexual Assault (NC CASA). Skye David, a lobbyist and staff attorney for NC CASA, helped Powell learn about what efforts were underway to try to close the consent loophole and identified legislators who were interested in the issue. 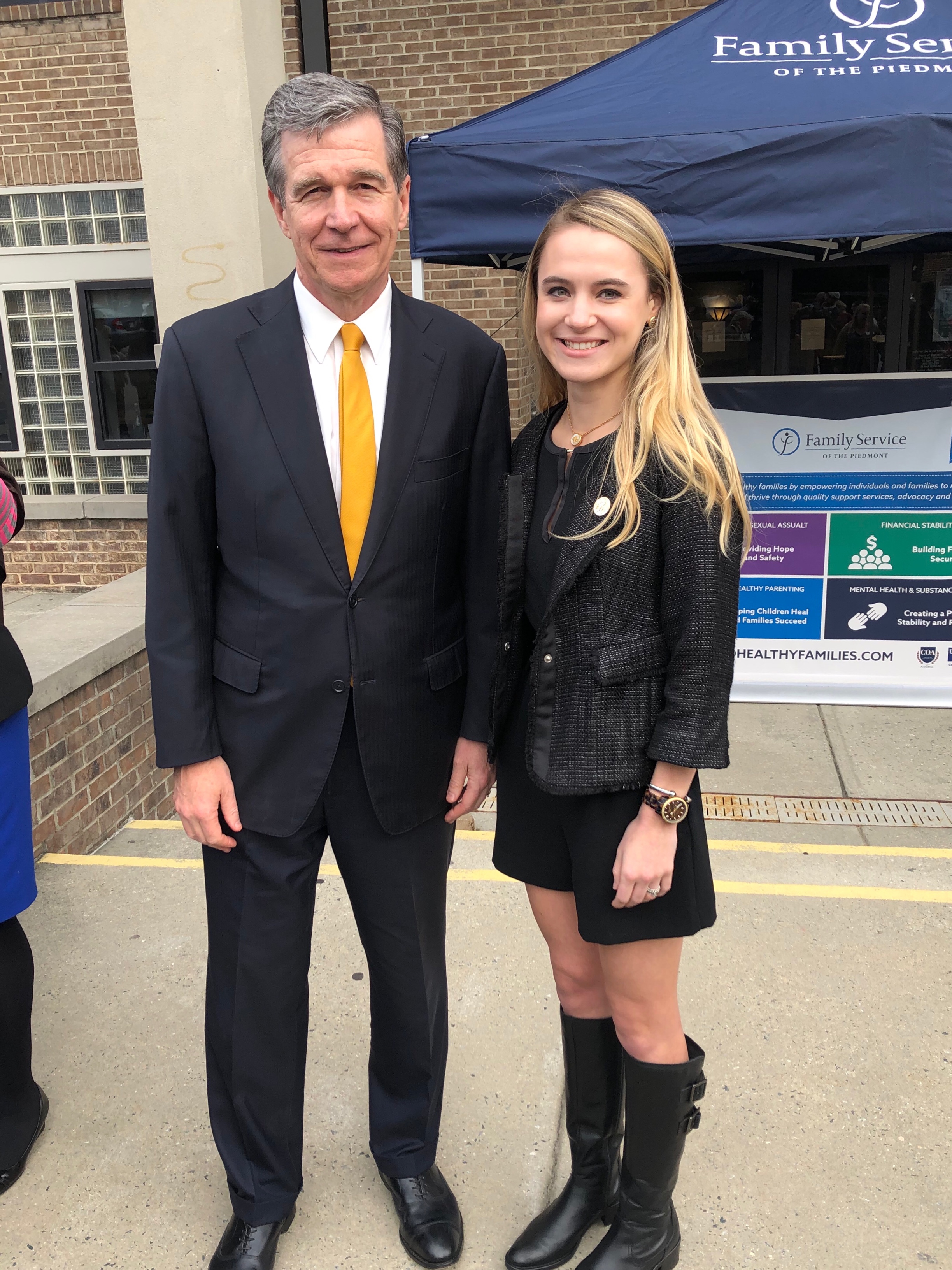 With David’s guidance, Powell and sociology students Alicia Ludwig and Lindsey Norris helped organize an on-campus panel discussion with North Carolina legislators. The event was bipartisan in nature, and designed to help students learn about how a bill becomes a law. Powell wrote an op-ed for The Meredith Herald in advance of the panel to educate students about the issue.

The panel became a larger conversation about many issues with N.C. sexual assault laws, including the consent loophole and clearing the backlog of rape kits.

The event was filled to capacity with students who were able to hear from and talk directly to North Carolina leaders.

“We wanted the event to be driven by students sharing their concerns with their legislators,” Manzo said. “From my point of view as a political scientist, the panel showed students you can do this. You can get legislators in a room and tell them, ‘this is what we want you to do for us’.”

The panel event at Meredith was a turning point in helping lead to the bill Governor Cooper signed in November. One of the legislators in attendance at the bill signing was a participant in Meredith’s panel, which was when he learned about the consent loophole issue.

“He came to our panel, learned about the issue, and he became a bill sponsor,” Manzo said.

Macomber said students shaped the conversation with legislators at the panel discussion and beyond.

“Our students are developing their intellectual and political identities during the #MeToo era and they showed our elected officials that they are not going to accept laws that are harmful to rape survivors,” Macomber said. “They held N.C. legislators accountable by asking relevant questions that pushed the discussion forward.”

Powell stayed in contact with David and NC CASA after the panel at Meredith, continuing to advocate for the change in the laws. She was invited by NC CASA to be part of the bill signing ceremony, after which she was able to meet Governor Cooper, whose mother was a Meredith alumna.

“He told me his mother would be proud,” Powell said. “Everyone alluded to Meredith going strong and that this is what happens when strong women come together on something they’re passionate about.”