Meredith Student Appears on The Price is Right 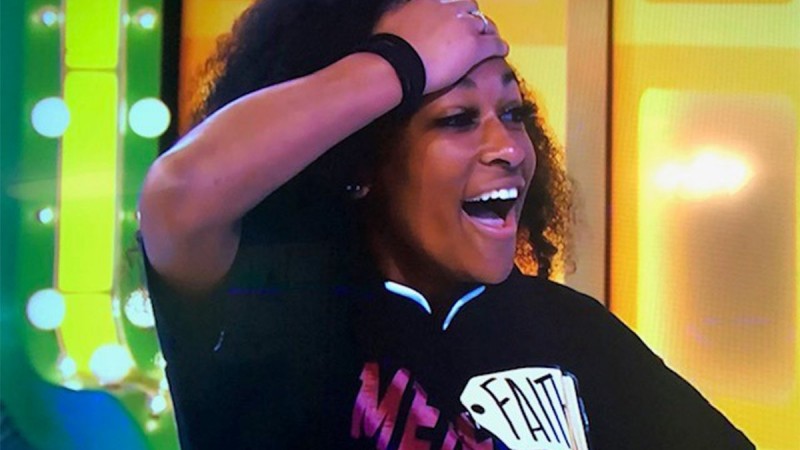 Plinko, Hi Lo, Showcase Showdown, oh my! Did you see a Meredith College student on a recent airing of The Price is Right? Faith Gray, a freshman from Fort Washington, Maryland, was featured on the May 28 edition of the CBS game show. A member of the Meredith Avenging Angels Lacrosse team, she filmed the episode several months ago prior to travel restrictions.

The Meredith College Lacrosse team spent spring break in California where they were scheduled to play University of Redlands and Occidental College. The students were aware of a team event on their itinerary, but attending the filming of the show was a surprise to the team. Lauren Scott, head Lacrosse coach, shared, “They were so excited! We walked to the studio and after a long wait and screening we were let into the show. Our team was front and center and should get some good air time!” In addition to attending The Price is Right, members of the Lacrosse team attended a taping of America's Got Talent and visited the Santa Monica Pier.

According to Coach Scott, “this was the week that went wild!” Following the team’s arrival in California, all of their scheduled games were soon cancelled due to COVID-19. After being rebooked on an earlier return flight, the team was able to safely return to North Carolina. “Although we didn't get to finish our season, this trip provided our players with memories that will be with them forever,” added Scott.

Click here to watch the full episode
(Faith appears at the 23 second mark and ... you'll just have to watch to see how far she goes!)