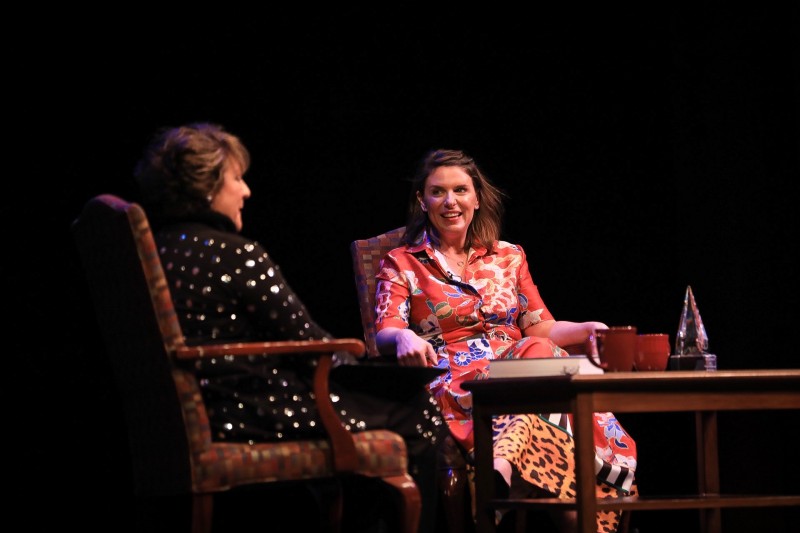 Meredith College has presented the Woman of Achievement Award since 2007, recognizing successful women in a wide variety of fields. Vivian Howard, the 2019 recipient, is an award-winning chef, restaurateur, cookbook author, and television host who has made an impact on the culinary world from her home state.

In recognition of the Woman of Achievement Award, Howard was interviewed by Meredith President Jo Allen in a public event on February 19.

Howard talked about her career path, which took the North Carolina native to New York City, where she moved after college to work in advertising. She soon transitioned to the city’s food scene and in 2005, Howard returned to Kinston, N.C., to open her first award-winning restaurant, Chef & the Farmer.

Howard said until she came back to North Carolina, she had not understood the value of small towns, including their restaurants and food traditions. She believes a person’s location should not limit the quality or the reach of their work.

“The place that you come from is a part of you. Celebrating it is celebrating that part of you,” Howard said. She encouraged the audience to experience as much as possible.

“If I hadn’t moved away, I wouldn’t have the appreciation of where I come from that I do now,” Howard said.

While she has made her name as a chef, Howard ultimately sees herself as a writer and storyteller. “I’ve found a way to make every opportunity into a chance to tell stories,” Howard said.

“The show was about capturing things that were honestly happening in my life and using food as a storytelling mechanism,” Howard said.

Howard’s first cookbook, Deep Run Roots: Stories and Recipes from My Corner of the South, reached the top of The New York Times Best Seller List for Advice, How to & Miscellaneous books. She is working on a second cookbook and has a new show in development.