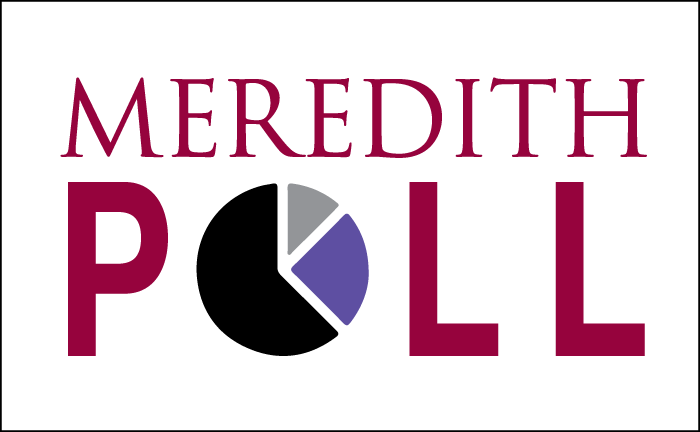 The newest Meredith Poll, conducted April 27-28, 2020, finds that North Carolinians are very cautious about reopening the North Carolina economy. Voters also show support for voting by mail, but with reservations.

Over three-quarters of respondents (76.3%) support Governor Cooper’s extension of the stay-at-home order until May 8. Even more (77.8%) support the governor’s decision to close North Carolina public schools and almost an equal number (72.2%) do not want public schools reopened this academic year. In terms of everyday activities, a large majority of citizens do not want to quickly return to activities, such as eating at restaurants, going to bars or movie theaters, or even getting a haircut.

“Despite the claims of groups like ReOpenNC and President Trump about reopening the economy and getting back to normal, most North Carolinians are paying attention to public health professionals and seeing the impact of coronavirus firsthand. As such, they are very cautious  about resuming pre-COVID-19 activities,” said David McLennan, director of The Meredith Poll.

Voters were  surveyed on how the pandemic is being handled in North Carolina and on the federal level. Respondents trust Governor Roy Cooper’s handling of the Coronavirus response more than they do President Donald Trump. Almost two-thirds (63.3%) preferred that Governor Cooper determine when people should return to work and other activities, as opposed to just over one-quarter (26.5%) who preferred that President Trump make the determination.

“President Trump’s mixed messages about the pandemic and his failure to follow the advice of public health professionals at times stands in sharp contrast to Governor Cooper’s more consistent message about the crisis and his reliance on scientists and doctors in shaping public policy,” McLennan said. “As such, North Carolinians favor Governor Cooper’s more measured statements and plans for North Carolina’s recovery from the COVID-19 crisis.”

Vote By Mail
With the COVID-19 pandemic affecting people’s ability to safely vote in person, many have suggested that North Carolina move to mail-in ballots.

North Carolinians support voting by mail, but have reservations. Almost two-thirds of respondents (62.6%) support the idea of using this voting system. However, only 51.9 percent trusted the integrity of such a system.

“Even though North Carolina has used a system of no-excuse absentee voting—a voting by mail process—for years, many people have questions about whether the results can be trusted,” McLennan said. “The 2018 House District 9 race in the Charlotte area and the fraud committed using the absentee voting system may be causing some of these questions.”

“The federal government’s response to the pandemic has caused North Carolinians to question President Trump’s job performance. This is especially challenging for the president during an election year,” said McLennan. “On the other hand, the state government’s response to the crisis has bolstered Governor Cooper’s approval ratings, as citizens see his leadership during the crisis in positive terms.”

“With over six months to Election Day, Democratic candidates for major office in the state are in good position. The slide in the president’s job approval not only hurts him in the campaign against Joe Biden, but also hurts other Republican down ballot, like Senator Thom Tillis and Lt. Governor Dan Forest,” said McLennan. “However, there is a lot of time for Republican candidates to improve their positions, as everyone expects North Carolina’s races to be very competitive on Election Day.”

About The Meredith Poll
The Meredith College Poll conducted an online survey of 604 registered North Carolina voters from April 27-28, 2020. The survey’s margin of error is +/-4%. Meredith College students administer the survey as part of the College’s commitment to civic engagement. Learn more at meredith.edu/meredith-poll.