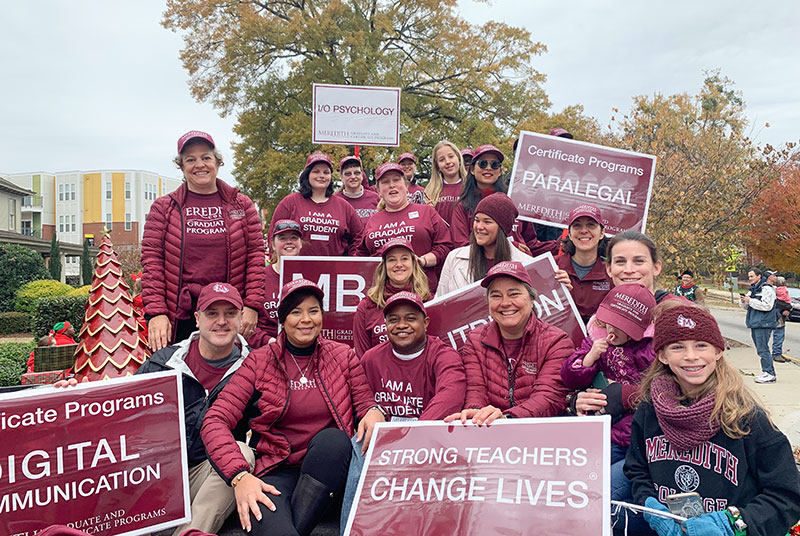 When Raleigh held its annual Christmas parade on Saturday, Nov. 23, Meredith College Graduate and Certificate Programs were part of the procession. The parade, which is sponsored by the Greater Raleigh Merchants Association, began in downtown Raleigh starting at 9:30 a.m. The parade aired live on WTVD (ABC-11) and will be rebroadcast on Christmas Day.

Meredith’s graduate offerings include an MBA, Master of Education, Master of Arts in Teaching, Master of Science in Nutrition, and Master of Arts in Psychology with an Industrial/Organizational Concentration. The College also offers certificate programs in business, entrepreneurship, pre-health, and digital communication, as well as a paralegal program and dietetic internship.