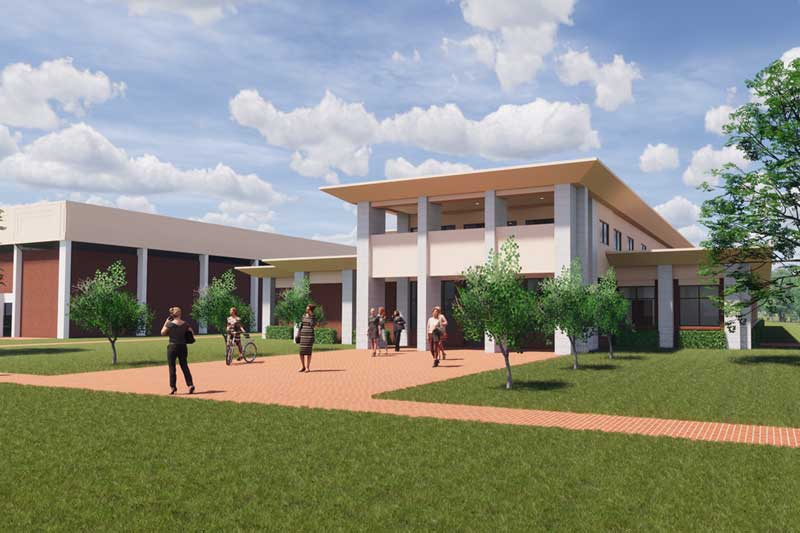 The Meredith College Board of Trustees has reaffirmed the decision to begin construction on a new academic building that will house two of  Meredith’s growing programs: communication and exercise and sports science. The new building project was paused in 2020 because of the pandemic.

The new academic facility will be constructed near the Weatherspoon Gymnasium/Lowery Fitness Center, located on the northwestern side of the College’s 225-acre campus. The approximately 13,000 square foot building will include specialized spaces such as an agency-style classroom, a media studio, editing rooms, a human performance lab, an assessment lab, a conference room, and common areas.

Watch a virtual walk through of the planned building

Meredith President Jo Allen said the board’s approval and reaffirmation of a new academic structure is significant for two reasons.

“The board’s vote represents an endorsement in the strength of Meredith’s academic offerings,” she said. “Their approval also signifies confidence in our ability to continue growing and thriving as one of the country’s best women’s colleges.”

The construction project will also free up space in Harris Building, allowing Meredith’s hospitality management program to be housed with the School of Business.

Meredith College has selected Design Development Architects for the design of the College’s new academic building project. The firm has practiced in Raleigh and throughout the Southeast for 33 years.

Construction on the new building is expected to be completed during the 2021-22 academic year.