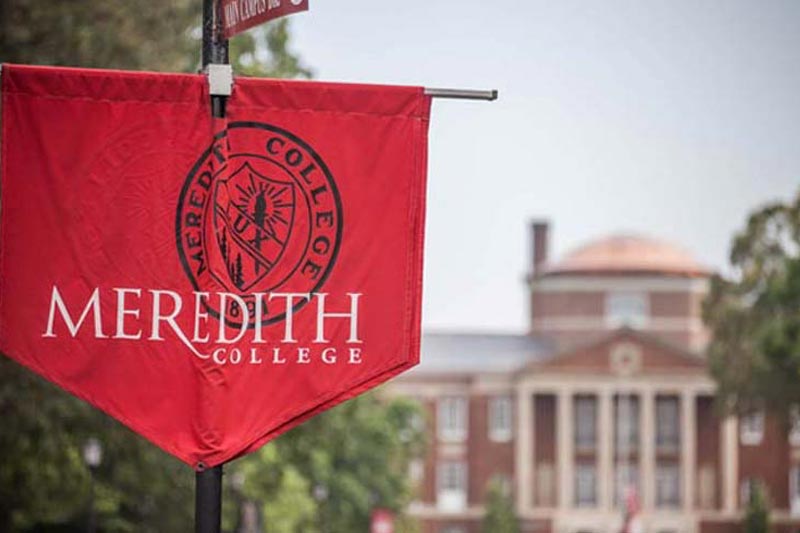 As the North Carolina Department of Transportation presents proposed plans to expand the I-440 beltline, Meredith College leaders are asking planners to go back to the drawing board in order to avoid detrimental impacts to the 126-year-old women’s college campus.

Current plans would dramatically affect the western side of Meredith’s campus and would result in a cumulative loss of approximately one-fifth of the College’s land. These changes would have a negative impact on the College’s plans to grow.

“Meredith College appreciates the need to improve I-440’s traffic flow. But plans put forth by the NC Department of Transportation are not reasonable as they could wipe out a significant portion of the western side of Meredith’s campus,” said President Jo Allen. “Meredith’s students, faculty, staff, and supporters call upon the NC Department of Transportation to come up with more equitable plans that pose fewer impacts on this historic campus.”

Allen represented the College at a public hearing on the project on August 8. During the hearing, Allen emphasized the I-440 plan’s potential impact on Meredith’s future.

“Throughout its history, Meredith has been a good partner, good citizen, and good neighbor. But the human, educational, and environmental effects of this project will significantly impact Meredith College’s ability to thrive and grow for the next 100 years,” Allen said.