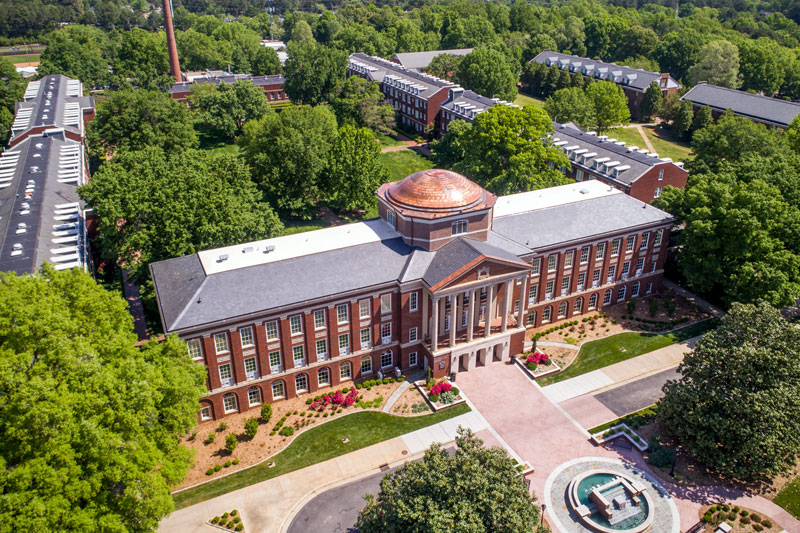 Meredith College is one of the 142 best colleges in the Southeast according to The Princeton Review. The education services company lists Meredith in the Best in the Southeast section of its “2020 Best Colleges: Region by Region” website feature.

The website feature salutes a total of 656 colleges that The Princeton Review recommends over five regions: Northeast, Southeast, Midwest, West, and International. The colleges that made the “Best in the Southeast” list are located in twelve Southeastern states.

The Princeton Review survey asks students to rate their colleges on dozens of issues and to answer questions about themselves, their fellow students, and their campus life. Comments from surveyed students are quoted in the school profiles on The Princeton Review website.

Student comments about Meredith include “You’ll discover your strengths and how to use them,” with classes “designed to make you think” and which “are beneficial to your Meredith career as well as in real life.” That goal is brought to fruition by professors who are described as “amazing,” “wonderful,” and “passionate about what they teach.”

The Princeton Review does not rank the 656 “regional best” colleges overall or by region. However, some schools on the “regional best” lists that also appear in The Princeton Review’s book, The Best 385 Colleges: 2020 Edition (Penguin Random House, August 6, 2019), and may appear on the company’s 62 categories of ranking lists in that book. The rankings, viewable at http://www.princetonreview.com/best385, are based entirely on the company’s surveys of 140,000 students at the 385 schools in the book.

Collectively, the 656 colleges on The Princeton Review’s “regional best” lists for 2020 constitute about 22% of the nation’s 3,000 four-year colleges.

The Princeton Review is an education services company known for its tutoring, test-prep, books, and other student resources. Headquartered in New York, NY, it is not affiliated with Princeton University.