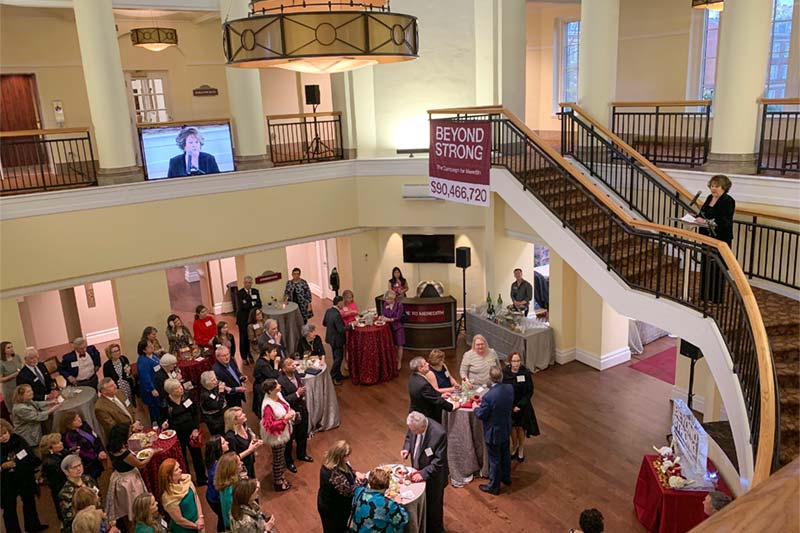 Beyond Strong, the largest fundraising campaign in the history of Meredith College, raised $90,466,720, surpassing the $75 million goal by more than $15 million. Thirty-two gifts of $1 million or more and 327 major gifts ($25,000 or more) were given during this Campaign.

“Tonight, we celebrate the achievements of Beyond Strong | The Campaign for Meredith and all of you who made it happen,” said President Allen during her speech. “We have raised nearly $36 million in scholarship funds, increased the endowment by $49 million, renovated buildings, shored up infrastructure, improved accessibility, and visibility. We have shown in countless ways that we are, indeed, Going Strong.”

After President Allen’s speech, a video premiered highlighting the impact of the Campaign and a major donor sign was dedicated in front of Johnson Hall.

“The recognition marker— a testimony to you who are, tonight, celebrating this victory with us—more than delighted to help demonstrate that time and again, when this college and this community decide to do something, well—things happen.” 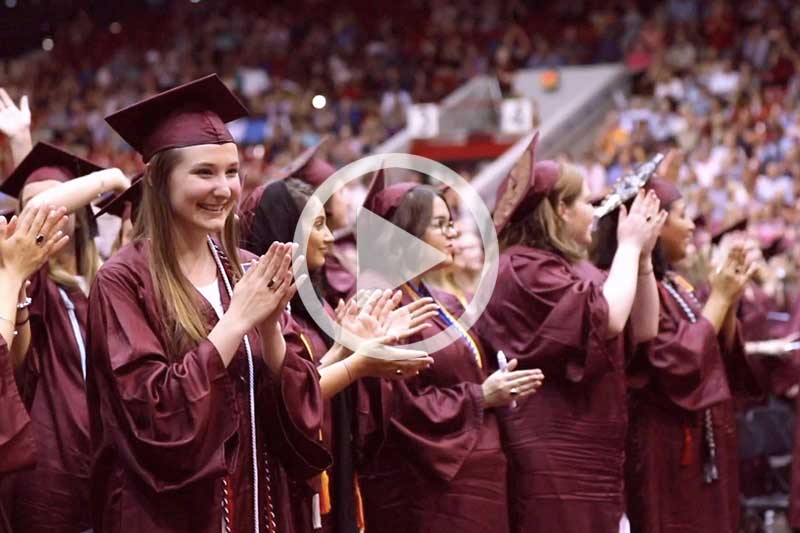