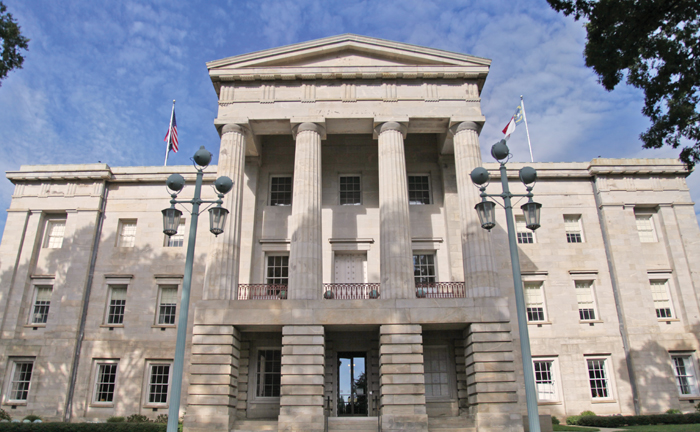 Meredith College will host a panel of four legislators to discuss the loophole in North Carolina’s sexual assault laws. The panel will be open to the public and held in Kresge Auditorium on Thursday, February 28, at 5:30 p.m., with a dessert reception to follow. This event is sponsored by the School of Arts and Humanities and the Office of the Dean of Students.

Meredith hopes to provide a neutral space where a conversation between both parties and the community can raise awareness of an important issue. The panel will consist of Representative Jon Hardister (NC-59), Representative Graig Meyer (NC-50), Representative Jason Saine (NC-97), and Representative Mary Belk (NC-88). The event will be facilitated by Skye David, a lobbyist for the North Carolina Coalition Against Sexual Assault (NC CASA).

“This event is not meant to be political, in the sense that it isn’t meant to be a debate,” said Whitney Manzo, assistant professor of political science. “What we hope students will get out of this is that positive change happens when both sides come together.”

As it stands, North Carolina is the only state in the country that still has a legal loophole that states that once consent is given it cannot legally be withdrawn. Meaning that if a person were to consent to a sexual act then change their mind and the action proceeds against their wishes the perpetrator could not be convicted of rape.

This loophole was brought to Meredith’s attention after a student came across it during a research project in POL100. The student, disturbed and outraged by this discovery, informed Manzo who teamed up with Kris Macomber and Lori Brown of the sociology and criminology departments to figure out a way to bring attention to the issue.

Macomber reached out to NC CASA, the state’s sexual violence agency nationally renowned for their sexual violence prevention and advocacy work, and connected with David, who shared the background of the bill and why it has yet to get passed. The team proceeded to work together to set up this event.

“We decided that it would be really great to get students on the front of this issue. For them to be the ones making noise and complaining instead of the legislators – of course, the legislators would need to get behind it in order for it to get passed, but we really want students to breathe new life into this. It has been something that is seen as a tired old issue and now this can wake it up a little bit,” said Macomber.

In addition to shedding light on the issue surrounding N.C. sexual assault laws, the event will discuss the political process more generally as well as how bills come to be – how North Carolina makes, passes, amends, and changes bills.

This event is the opportunity for the community to gather on neutral ground to learn more about the political system in North Carolina, which is why it was so important to the organizers that the panel be made up of democrats and republicans working together. During the session, there will be information available to the audience on how to find representatives and how to communicate with their representatives about issues that are important to them.

“If you have an issue and you are fired up about it you can make change, it doesn’t matter how old you are,” said Manzo.