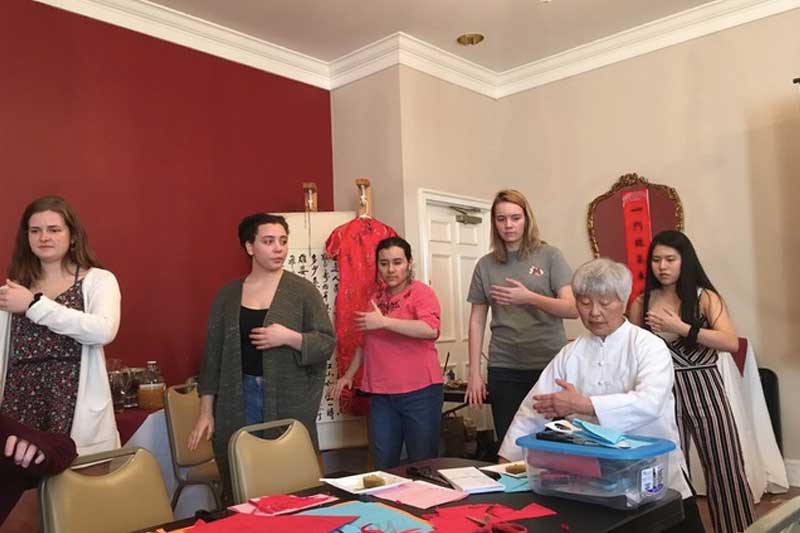 Members of the Meredith College community gathered in the Chapel Common Room on Thursday, February 7, to celebrate the Lunar New Year, an event sponsored by the Department of Foreign Languages and Literatures and the Asian Studies Club. The event was held to introduce students to a different culture, while enjoying food, and creating origami.

Grace Huey-Yuh Lin, an adjunct professor of foreign languages and literatures, helped start the event in 2016. It began to help the Chinese language learners and Asian Studies Club. Lin said, “It’s for anybody on campus to enjoy. It gives people a chance to experience a different culture.” 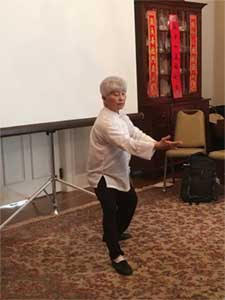 As part of the event, Lin invited Tai Chi Master Huei-May Su to lead a Tai Chi demonstration and an origami lesson. Su explained the forms and benefits of Tai Chi. She said, “Tai Chi is a Chinese exercise but is also a body and mind exercise. The movements are very slow but graceful and it’s always performed in a routine.” Su taught students the form “waving hands like cloud,” and also showed students how to make an origami pig and pig pen.

“The Lunar New Year celebration adds value to students’ education in the diverse cultural experiences,” said Lin. “When understanding others’ cultures, they start to discover themselves and their own cultures.”

Lin also led a demonstration on Chinese calligraphy and the time, patience, and skill poured into the art form. “When practicing, we not only focus on energy and artistic quality of calligraphy, but also cultivate our characters,” said Lin. “In addition, in the Chinese culture, calligraphy is considered the 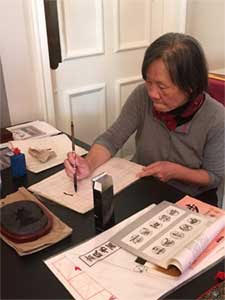 Amy O’Keefe, assistant professor of history, helped Lin plan the event. She studied China and said it was “a combination of deep interest and a love of the culture and love of the language.”

Terryona Watson, ’22, and Savi Swiggard, ’21, found the event informative and fun. Watson learned an array of things and also came to support her friends. She said, “I wanted to learn more about the culture, but I also learned the Chinese word for spring and discovered what the musicians wore on their fingers in order to help them play their instruments.” She enjoyed the origami lesson, and was happy with her creation. 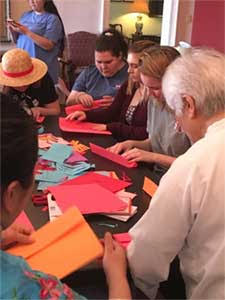 Swiggard is a member of the Asian Studies Club, and said “I’m close to Dr. O’Keefe and members of the club, and am genuinely interested in Asian history.”

The event had three musicians who played traditional instruments, such as the pipa, also called the Chinese lute, a 21-string guzheng, and the erhu, known as the Chinese fiddle. The musicians were part of Lisa Zou’s Music Studio ensemble.

The Lunar New Year is typically celebrated in China, Vietnam, Korea, and other Asian countries. It lasts for 15 days as it begins with the first new moon and ends on the last full moon of the lunar calendar. The dates vary from year to year, as it is based on the cycles of the moon. For 2019, the new year began on Tuesday, February 5.