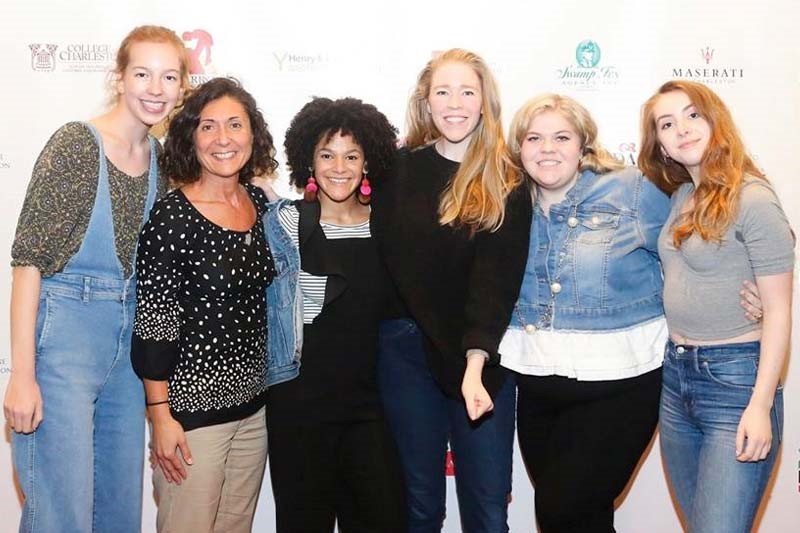 During the Fall 2018 semester, I had the exciting opportunity to attend the Nuovo Cinema Italiano Film Festival at the College of Charleston in Charleston, S.C. I was part of a group of Italian students lead by Professor Pesoli. The trip lasted three days, which were full of Italian film, culture, and the exploration of Charleston. The film festival has been going on for 12 years and is used to promote new Italian films. Every year they focus on films from different parts of Italy. Naples was this year’s focus and we were lucky enough to see five films of very different genres.

The first film we watched was an animated action film called “Gatta Cenerentola” or “Cinderella the Cat,” which was a futuristic remake of Cinderella. We were able to attend a panel discussion with the directors of this film where we learned all about Naples and the Neapolitan dialect. The directors explained how their Neapolitan dialect is basically its own language.

At the end of the first day of the festival, the soundtrack composer of “Gatta Cenerentola” preformed the music from the movie for the audience. The second film we went to see was a documentary of an Italian Holocaust survivor called “Tutto Davanti a Questi Occhi” meaning “All is in Front of These Eyes”. This film was very emotional to watch for all of us, but we were able to learn more about Italy and family relationships during the time of World War II. The third movie we watched was a coming of age film called “Gli Sdraiati” or “Couch Potatoes”. This was a dramatic story about a father and his son and their difficult relationship. The fourth film was a documentary called “Ferrante Fever,” which is about the mysterious Neapolitan author Elena Ferrante.

The fifth and final movie we saw was a dramatic comedy called “A Casa Tutti Bene” or “There is No Place Like Home”. This was my favorite movie because of how much it portrayed Italian culture and interpersonal relationships while also being entertaining to watch. We were very lucky to meet the main actress from this movie, Sabrina Impacciatore. She described her experience working in the Italian film industry and mentioned how underrepresented women are compared to men. Every movie we watched at the festival taught us the relationships and culture of people from Naples in different settings. This experience has made me even more curious about Italy and all the Italian regions and their differences in film and culture.