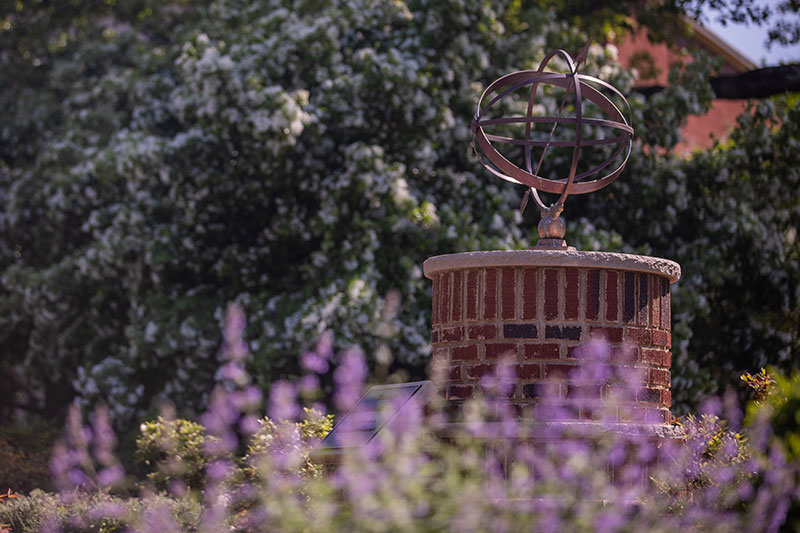 As the United States commemorates the 100th anniversary of the passage of the 19th Amendment, a pair of Meredith College student researchers have created a podcast on the topic.

Morgan Johnson, ’20, and Marissa Fowler, ’20, use the podcast format to recount the history of woman suffrage in North Carolina with a focus on college women and Meredith College. Their podcast includes their own research, an interview with Raelana Poteat, the curator of political and social history at the N.C. Museum of History, and dramatic readings by current Meredith College Theatre students of pieces written for yearbooks in 1915-20.

The project was supervised by Associate Professor of History Angela Robbins, who published an essay on women on the home front in the book North Carolina's Experience during the First World War in 2018. Her research for that book chapter includes some history of suffrage on women's college campuses. Johnson and Fowler’s research is built upon that  preliminary work on the topic.

Their project is an important scholarly contribution to Meredith’s Snapshot 20/20 symposium on women’s suffrage, which was postponed from its originally scheduled dates in April. (New dates will be announced when available.)

Johnson and Fowler had to rely mainly on primary sources, such as yearbooks and magazines from the women’s colleges in the state. Most of these documents have been made available online. College Archives staff members Carrie Nichols and Janice Snitker also helped them locate non-digitized Meredith materials.

“Morgan and Marissa's podcast recounts the history of suffrage activism at Meredith College,” Robbins said. “While many at Meredith are now very familiar with the photo of student members of Meredith's Equal Suffrage League from the Oak Leaves in 1918, there was a lot we didn't know about this history.”

North Carolina did not ratify the 19th Amendment and research by previous Meredith students showed that there was negligible support for the more militant National Woman’s Party in the state at that time.

“But we had this photo of a large number of Meredith students who formed the Equal Suffrage League on campus,” Robbins said. “This raised questions about the extent to which our conclusions  about suffrage activism in North Carolina generally held true for college women.”

Both students said they found some surprises in their research, including what suffrage activism looked like at women’s colleges.

“I was expecting to find more examples of groups like Meredith’s Equal Suffrage League, and I thought these types of clubs would be the main extent of suffrage activism at these schools,” said Johnson. “However, Meredith was the only women’s college we looked at that had a suffrage organization. A lot of suffrage activism actually took shape in the form of short stories or essays in campus publications.”

Fowler was surprised to find Meredith was called “a hotbed of suffrage” in an issue of The Acorn, as the College’s literary magazine was known at the time.

“Because we were only using primary sources created by these women’s colleges, we didn’t know if the amount of suffrage activity at Meredith was unusual,” Fowler said. “We were hoping to find many examples of overt suffragist support, and we were slightly discouraged when we didn’t. The discovery that Meredith had a long-held reputation of being a leader in the suffrage movement was gratifying and encouraged us to keep researching for pro-suffragist behavior at Meredith that supported the claim.”

A podcast provided a good outlet for sharing this research with a wider audience. Podcasts present a lot of information in a short amount of time, allowing the listener to learn about many aspects of a specific topic. Podcasts also allow for more freedom to incorporate music, interviews, and excerpts from primary sources.

“Morgan and Marissa join a growing group of scholars who shine a light on lesser known suffrage activists. The history they share also amplifies the voices of the people at the heart of the suffrage movement, enhancing what we know about the activism of young women and college life in the early 20th century,” Robbins said.

Listen to the podcast

Watch the Celebrating Student Achievement Day presentation on this topic