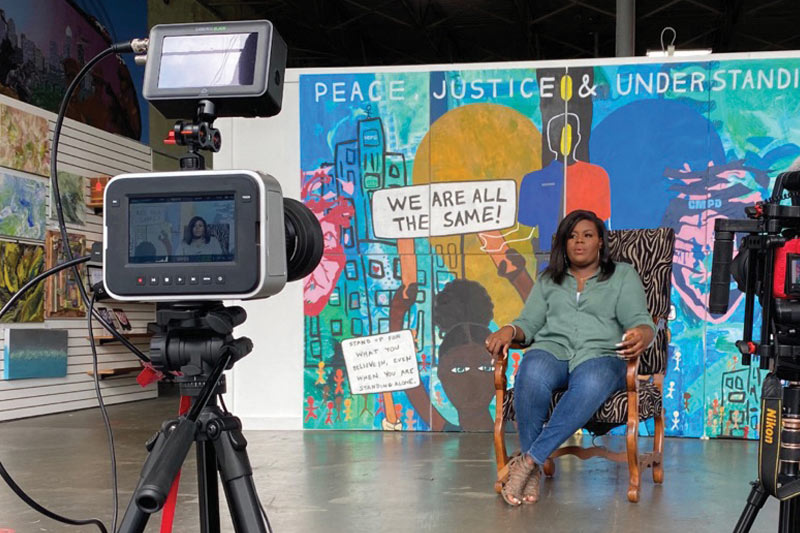 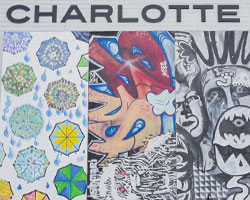 Chandler Snipe, ’15, has always had the soul of an artist. Growing up she took endless art classes, explored photo-graphy after her yearbook teacher noticed her “eye,” and studied drama at a high school for the arts. Today, she helps other artists find their voices as the first outside curator for Charlotte Arts League (CAL) and a teacher for Studio 345.

A Strong Start at Meredith
Snipe always knew she would go to college, but wasn’t sure where. After meeting an admissions counselor who came to her high school, she decided she wanted to go to Meredith; in fact, it was the only school she applied to.

“They were so welcoming,” she said. “They made me feel like Meredith would be missing something if I weren’t there.”

She was awarded an art scholarship, but Meredith didn’t offer a major in photography.

All of her faculty members shaped her experience. Her photography professor introduced her to scanography, while another taught her to love typography, a passion she now shares with her own students.

But Snipe said Beth Mulvaney, department head and professor of art, had the biggest impact.

“During my junior year, I had my review. She told me I was not reaching my full potential and she knew I could do better,” said Snipe. “I threw myself into my craft and had amazing results.”

“I am not surprised to see her in this type of role,” said Mulvaney. “Chandler was an engaging personality who wasn’t afraid to speak up about topics in class or to stop by and chat with me in my office,” she said. “The people of Charlotte are fortunate to have her as a leader in the arts.” 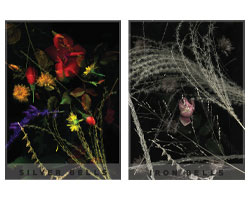 “I’ve typically been the only Black female in my work spaces,” she said. “One of my goals is to change that; when I leave, I don’t want to be the only one working in these spaces.”

President Jo Allen, ’80, also had an impact on her Meredith experience. Snipe’s work was featured in a juried art show that was held in the Johnson Hall Rotunda her senior year. As Allen was walking by, she stopped when she saw Snipe’s piece, which was based on Edgar Allan Poe’s poem, “The Bells.” Allen told Snipe she wanted to purchase it.

It was a pivotal moment for her, both as an artist and a Meredith student.

“That’s when I realized that people understand and they want to hear my voice,” she said. “Something about that piece really drew her. It showed me I was doing something right.”

Today, her art hangs in the Oak Room in Lower Belk, which means a little piece of her remains at Meredith.

“I was concerned about that as a Black female,” she said. “I wondered, what stamp have I left on Meredith? Have I done what I was supposed to do? But in that moment I was like, here we are.”

Called to Serve
As a senior at Meredith, Snipe had an internship at a nearby community after-school program. After the first day, she called her mother and told her she didn’t think it was the right fit.

“The kids didn’t listen to anything I had to say. I’m a pretty straightforward person and good at taking charge, but they just ran over me,” she said. “My mom told me to stick with it.”

Snipe began giving her students rules and structure, and gradually introduced art projects. To her surprise, they loved it. 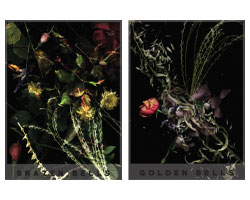 “We tie-dyed everything!” she laughed. “Socks. Everything you could possibly tie-dye. We made string art. We had a Black history art contest that we won making a paper quilt. I saw a change in them being active and coming to the program.”

In the end, she received an award for being the most creative director, and it was a life-changing experience – because she couldn’t help but wonder what might have happened had her students, who were mostly Black and came from an underserved community, been introduced to art earlier.

“That’s when I realized I needed to find a way to mesh my love for art and community.”

That desire to become a change maker was confirmed as she progressed through her career. When working as the lead graphic designer for a sportswear company, she designed jerseys for the NFL Raiders when they had community events.

“I could make them look good because of my skill set – I know how to design – but I didn’t feel like I was really making an impact.”

She decided to go back to school to earn her Master’s degree in nonprofit management and leadership from Walden University, a degree she completed in May 2020.

Forever An Artist
In addition to working as a curator and teaching, Snipe continues to feed her own artistic energy with a successful freelance graphic design business. She has designed for Big Brothers Big Sisters and Youth Empowered Solutions (YES), among others. And although she doesn’t spend as much time on her photography these days, she did a show a few years ago that highlighted relationships between single Black mothers and their children. 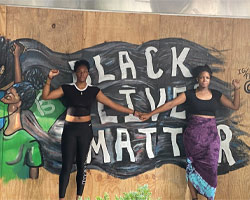 “I drew on the experience of being raised by my mother,” she said. “I think being a single parent creates a unique bond.”

Snipe’s family was extremely supportive of her interest in the arts, especially her grandmother and her mother.

“My grandmother loved culture, art, and knowing where you came from,” she said. “She’s the one who taught me how to crochet and sew, and was big on teaching me about my history as an African American woman.”

Her mother was an exceptional athlete who realized early on that her daughter was not meant for sports.

“She kept me in a creative mind,” she said. “My mom didn’t have a creative bone in her body but she encouraged me. She knew what worked for me and put her all into it.”

Empowering Other Artists
At this stage in her career, Snipe has embraced her ability to encourage other artists to find their own voices. As a teacher at Studio 345, she enjoys helping her students grow. She is especially proud of two of her students who went on to attend the Savannah College of Art and Design (SCAD).

As CAL’s first Offsite Exhibits Curator, Snipe has made her mark on the nonprofit as well as the larger Charlotte community.

“Chandler is always looking for opportunities to connect artists to our community, and community to the public eye,” said Kate McAllister, director of operations for CAL. “Through our CAL Curates program, Chandler listens to the desires of the client and appropriately pairs artists with clients, with a special emphasis on showcasing meaningful work.”

That meaningful work took on a new sense of urgency in May 2020.

“After the George Floyd killing I didn’t know what to do with my voice, but I thought, I have to find a way to be creative.”

An opportunity emerged when one of her clients with the Goldman Sachs building in Charlotte reached out to her. They didn’t want the window protection they put up during the Black Lives Matter protests to feel cold or send the wrong message. In response, she partnered with artist DeNeer Davis to coordinate a significant mural commission for Uptown Charlotte.

“We had the whole community come out. It was what I would call beautiful chaos,” she said. “We created around 120 panels. The work varied on the scale of experience. Some had worked on the biggest buildings in Charlotte, while others were just starting out.”

That project immersed her in the arts scene and allowed her to forge new connections with local artists. Since the initial effort, CAL has held a popup gallery in downtown Charlotte and an auction. And the Mint Museum bought one of the panels for its permanent collection.

As for Snipe, her long-term plans include leading a nonprofit performing arts center, but for now, she is finding great satisfaction in her work as a curator.

“The best thing about me being in this position is being an artist myself. I know what it’s like wanting to be heard. I’m going to continue to be creative, use my voice, and be an advocate for artists.”