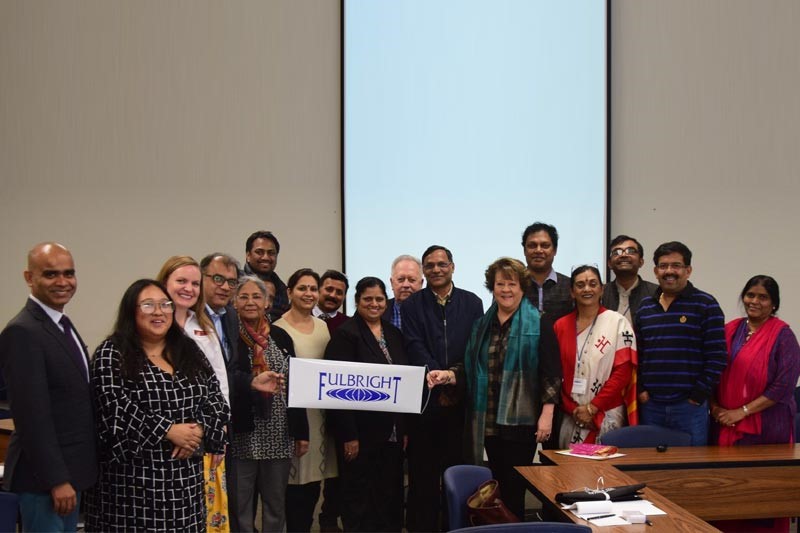 Higher Education leaders from India visited Meredith on October 29, 2018, to learn more about the College.

There were 14 leaders from colleges and universities in the group, which came to Meredith as part of 2018 Fulbright-Nehru International Education Administrators Seminar (IEAS). The group included faculty members and administrators from several different institutions.

“A similar group from Fulbright visited in 2016 and had such a positive experience at Meredith that they requested a return visit,” said Director of International Programs Brooke Shurer, whose office helped coordinate the event.

The participants were interested in learning about best practices in U.S. higher education, while also discussing the current challenges that face U.S. faculty, administrators and students. The Fulbright group visited colleges and universities throughout the New York City area and in North Carolina. Meredith was selected as the only women’s college on the itinerary. The seminar organizers were especially interested to learn about women's education in the U.S. through best practices at Meredith.

At Meredith, the IEAS participants met with President Jo Allen and met with other Meredith leaders to learn about women in education, religion on campus, and Meredith’s StrongPoints program. Participants also met with current Meredith students to hear about their experiences.